Technology is not the bottleneck

A recent article in the New York Times mentions Kentaro Toyama, a research fellow at the University of California – Berkeley’s School of Information. Formerly of the Technology for Emerging Markets Group at Microsoft, Mr. Toyama speaks at U.S. universities about “technological utopianism” which lies on the myth that “technology is the bottleneck in developing countries.” 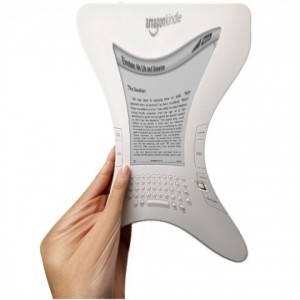 Technology as the bottleneck: A distorted view

This idea of rejecting technology as a bottleneck struck a chord with me. Like many other people, I am skeptical when I hear ambitious promises of how technology will change how kids learn. Specifically, technology alone rarely accomplishes anything. After all, what use is tech if nobody knows or wants to use it, or if it breaks and nobody knows how to fix it? That is why we do not want to air-drop 1,000 e-readers into a remote part of sub-Saharan Africa and call it a day.

I entered the field of educational technology almost a decade ago when I worked at the Interactive Media Laboratory at Dartmouth Medical School. We did some really cool stuff there — from continuing medical education for health professionals on specific topics like HIV Prevention and Counseling, to training paramedics and firefighters on counter-terrorism preparedness (imagine a first-person shoot-em-up game but where the player holds a Geiger counter instead of a gun).

We never claimed that our technology would revolutionalize the lives of the doctors and first responders who took our courses. But even to the most skeptical observers, our technology indisputably allowed information to reach more people, often without them having to fly all the way to a centralized training center. And our software was fun, even for those of us who spent all day testing it.

At the very least, Worldreader is doing something similar with books – increasing access, lowering costs, and our trials have shown us kids who discover that reading can be fun. But far from using technology in isolation, our bigger goal is to kick-start a process that enables and encourages reading.

There are only between six and eight bookstores in Botswana, theoretically serving a population of 2 million people. That’s bigger than the population of Philadelphia — can you imagine if there were fewer than 10 bookstores in all of Philly? And how many of the kids there can afford books of their own? How many books has the average, literate adult read? How big is the total pool of books from which they can choose? How many children hesitate to open books because they are scared, or simply cannot imagine books being a part of their lives? How could a child become a writer? How many stories are not being told because there is no way to publish them?

These are big questions, which we are careful to discuss with governments, educators and kids, community members, technology manufacturers, publishers and telecommunications companies. People, institutions and technology all form an integral part of this plan, and all play an integral role in removing the bottlenecks – technological and non-technological – that will make our vision a reality.

Some Good News from Ghana