Out of the Box was written by Kenya’s youngest author, Ngure Matu Ndiritu. The book was published in 2014 when Ngure was just eight years old and is now available on Amazon. Ngure has been writing stories since he was five. A young man with a boldness that is hard to miss when he shares his future plans: “I’m not wasting time, I’m supposed to write 100 books by the time I’m 30.”

Ngure radiates confidence. When asked about what he wants to be when he grows up, Ngure said, “I want to be a pilot and, if that fails, the president of Kenya.” In that order. He had a chance to share this ambitious career goal with Kenya’s former President himself, Mwai Kibaki, when the former President attended Ngure’s book launch in September 2014.

Ngur, looking smart in his red school uniform, addresses the attendees of the launch in September 2014.

Out of the Box is a delightful collection of short stories. The stories depict the adventures of Ngure’s life interpreted through his young imagination. They range from tales of friendship, helping people, caring for animals and his school, to magical tales where spells are broken, rabbits can talk, and elephants and dinosaurs become dear friends. They are stories of love, triumph over adversity and overcoming fear. Sometimes they are simply the precious rarely-penned random observations of an 8-year old.

Writing is generally known as a preserve for adults. There is something very unique about seeing the world through an 8 year old’s innocent eyes. We learn about empathy, kindness and compassion through Ngure’s stories and his storybooks serve as testament that, no matter your age, dreams are within reach. But a supportive environment makes all the difference. Ngure attributes his love for reading to his parents who read to him when he was younger and he encourages all parents to do the same. 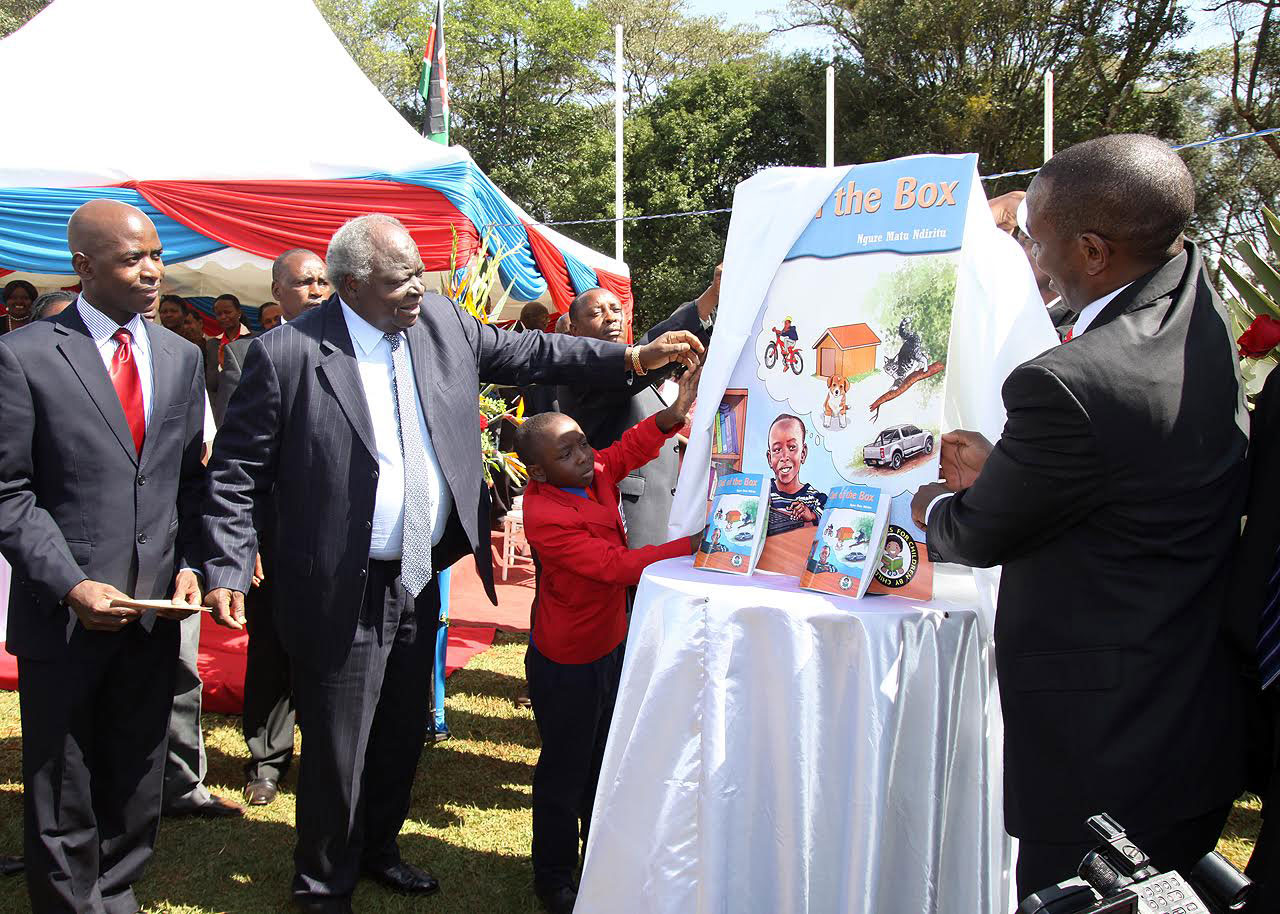 Ngure reveals his first published book, Out of the Box, to attendees of the event including former president of Kenya, Mwai Kibaki.

Ngure is more than a published author. He is an accomplished pianist, actor, singer and class governor (a position for which he campaigned and garnered majority votes in a school election). He aims to be the school president in 4 years. But he is also an inspiration to children and families everywhere. When talking about his fellow classmates, Ngure demonstrates the sort of compassion that everyone looks for in a leader “we are all special 100 percent, in fact one million percent,” he says.

We’re thrilled to share that Ngure’s first book is now available in schools and libraries across sub-Saharan Africa through Worldreader’s e-reader programs. We know that young readers across Africa will be inspired by Ngure’s accomplishments through education and reading. He is currently working on his second book Animal Planet. A book that reflects Ngure’s love for science and watching nature TV shows. We can’t wait to share that book with Ngure’s fellow readers as well.

Are you an author or publisher and interested in donating your e-books to Worldreader? Learn how you can donate e-books today! 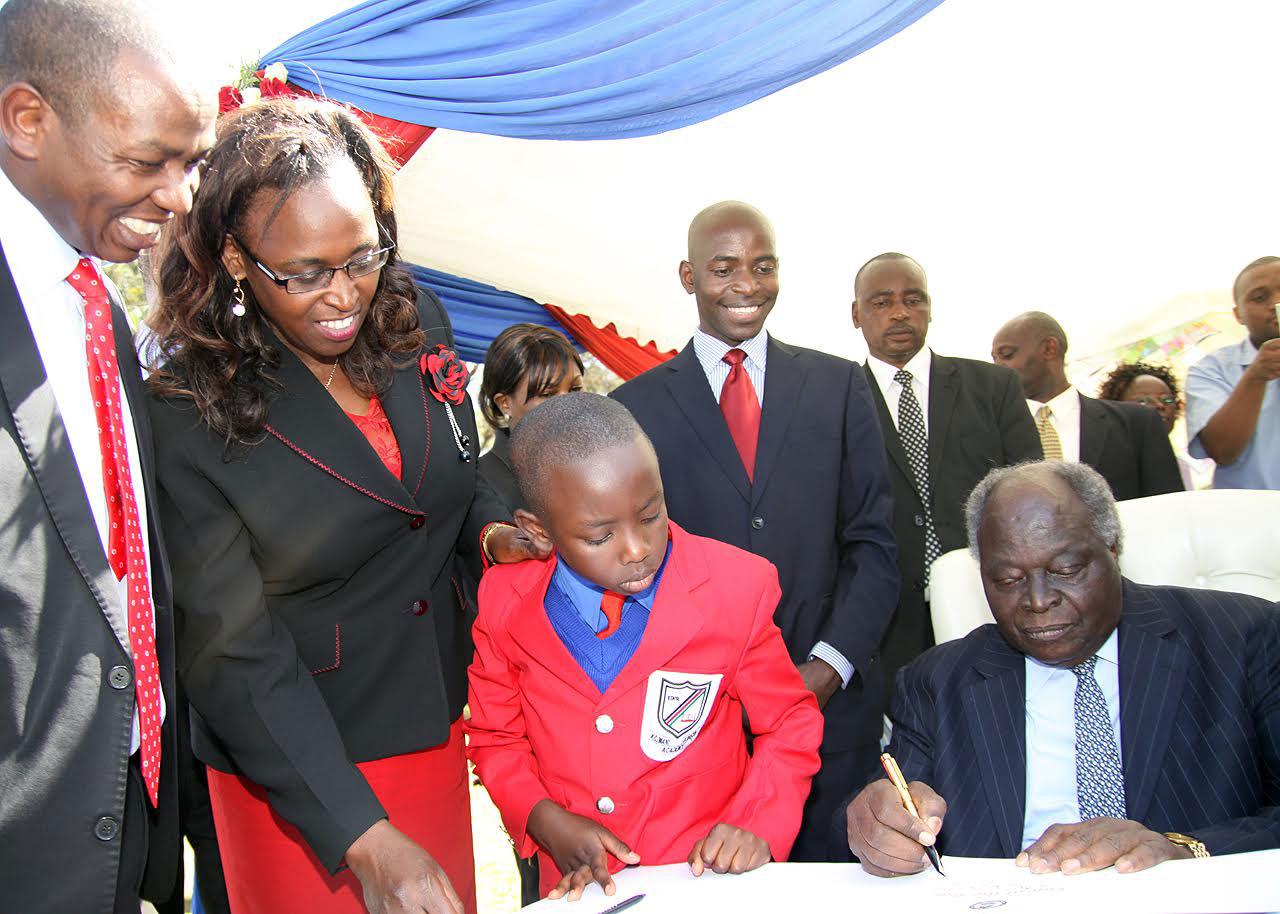 Ngure with former president of Kenya, Mwai Kibaki, on the launch day of his book Out of the Box.