Students, families, teachers and community leaders in Worldreader’s programs around Africa are hungry for information, especially health-related resources they could reference on a daily basis. In places where there are no doctors, old books, magazine articles, government flyers left at clinics and tidbits of information shared via word of mouth are what people use to manage their health.

That’s about to change.

Hesperian Health Guides, a nonprofit organization that produces and shares easy-to-understand health information with people worldwide, has partnered with Worldreader, and is donating books to kids in Africa. The organization’s popular Where There Is No Doctor will reach thousands of students in our e-reader programs. 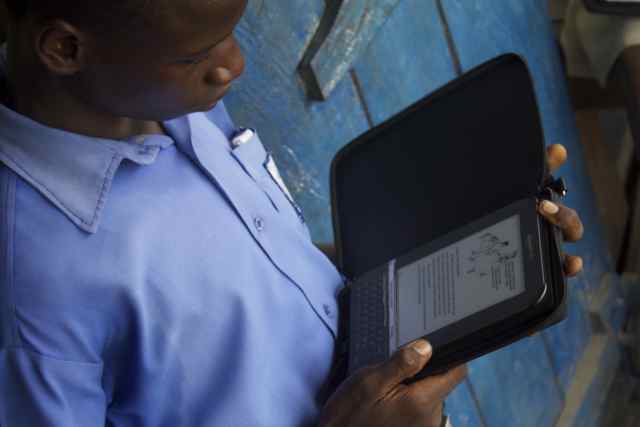 Hesperian’s Where There Is No Doctor e-book will be uploaded to thousands of Kindles, offering unprecedented access to vital healthcare information.

Where There Is No Doctor is widely-known in development circles and the go-to health reference handbook for many developing world community healthcare workers. Not only is the book celebrating 40 years in circulation–with 28 editions, 81 translations and distribution in 221 countries and territories, it recently launched for the first time as an e-book for Kindle on Amazon.

The partnership joins two similarly-minded charities. Worldreader brings “books for all” by using readily-available and easy-to use technology such as Kindles and feature phones, and Hesperian’s “health for all” mission aims to provide information and educational tools that help all people take greater control over their health. Together, Hesperian and Worldreader will load Where There Is No Doctor onto thousands of Kindles, which will provide unprecedented free access to the critical medical information through text and illustrations while significantly expanding mobile learning opportunities in Africa.

“Through the partnership with Worldreader, we saw an opportunity to exponentially increase access to the information in Where There Is No Doctor and continue to address the underlying causes of poor health in sub-Saharan African communities that lead to preventable, treatable diseases,” says Hesperian’s Executive Director Sarah Shannon about donating the e-book.

Where There Is No Doctor is just the beginning, and there’s room for future collaboration on delivering materials through other mobile devices. For instance, Worldreader’s mobile phone app, developed with our partner  biNu, makes reading easy on feature phones and is currently being used by more than 500,000 users, primarily in Africa and India. And, Hesperian’s mobile app, Safe Pregnancy and Birth, has been downloaded more than 60,000 times in English and Spanish since it was released in 2012 and is the winner of the Ashoka Changemakers/Intel “She Will Innovate” award.

Hesperian, we tip our hat in your direction! We’re looking forward to working with you and having a bigger impact on lives throughout the developing world. 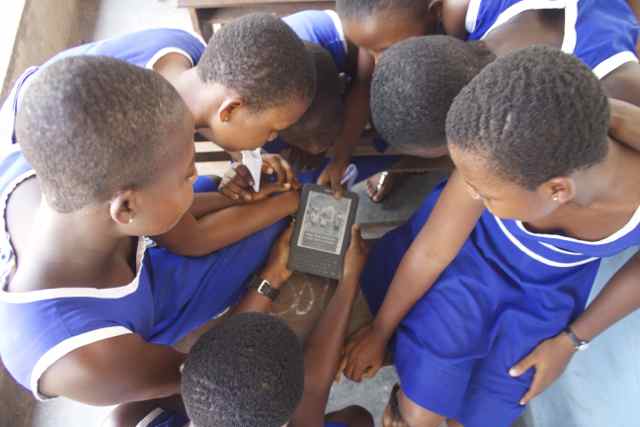 Students, families, teachers and community leaders involved in our programs are hungry for information, especially lifesaving, healthcare reference books like Where There Is No Doctor.

Donate For Reading: Your Coins Mean More Books for Schools in Africa