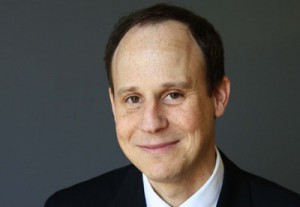 Before he penned his bestselling thrillers Once a Spy and Twice A Spy, Keith was a semi-pro baseball player in France, an editorial cartoonist for Newsday, a filmmaker who won the Laura Napor Award at the Sundance Film Festival, and a screenwriter. He also frequently contributes to the The Huffington Post, reporting on intelligence and things like bomb-sniffing mice.

What tipped the scales in favor of books? A contentious scriptwriting meeting with a big Hollywood movie studio and a passing comment from his agent.

“After the meeting, my agent and I were walking to our cars. He said if I wanted the story to be the way I wanted it to be I should write a novel,” said Keith. “I was 29 or 30 years old at the time. The idea of writing a novel had never occurred to me. When I got back to the hotel, I signed up for a fiction writing course.”

Pirates of Pensacola, the book Keith has donated to Worldreader, came out of that initial effort. The tale about a landlubbing accountant meeting his estranged pirate father was inspired by his own childhood fantasies, Keith told us. When he was eight years old and living in a small coastal town in Connecticut, he would stare out at the ocean and pretend the semi-infamous 19th Century pirate William Thompson, who Keith imagined as distant relative with a similar but slightly different last name, would show up on the shore and invite him on swash-buckling adventures.

The Power of Reading

These made-up exploits stemmed from a natural inclination towards escapist tendencies and were fueled by the books he read as a kid, Keith noted. In particular, grabbing The Mammoth Book series of true adventures off the town library’s shelves gave him a total rush.

“There wasn’t one book that made me fall in love with reading. It was these cinder-block sized books about true stories,” he said. “They were pure, unadulterated, extra octane tales of people going on live adventures.”

When children have access to these kinds of stories, their creativity gets stirred up and their worldview shifts. Ensuring that kids have access to books and reading was what struck Keith about Worldreader.

“When I heard about what Worldreader was doing, that appealed to me on a gut level,” he said. “[Former U.S. President] John Adams said ‘You will never be alone with a poet in your pocket.’ And, that’s true. I always felt that’s what a good book did—it takes you anywhere you want to go.”

That’s something Worldreader can get behind, too. Thanks for the chat, Keith!

For more information about how Worldreader is bringing books to all in the developing world using e-readers, visit us at Worldreader.org. 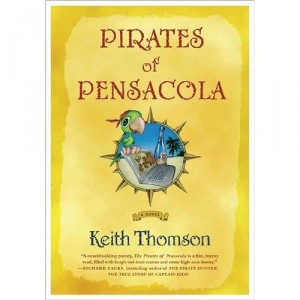 Another great book added to the Worldreader collection