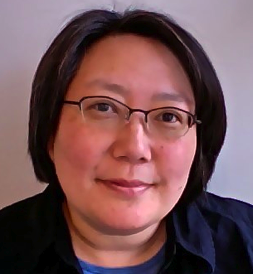 Janet Wong tells Worldreader how she fell in love with poetry.

As Elizabeth wrote earlier this week, Worldreader is developing some exciting relationships with international authors. Writers are actively engaging with our Books For All mission, and we wanted to thank them publicly for their support. We also wanted to connect them to our broader Worldreader community.

So we decided to ask them a few things we wanted to know: Which book made you fall in love with reading? Why do you think it’s important to share that love of reading with children in the developing world? Why did you decide to make your books available to Worldreader?

We picked this theme because we believe something magical happens when someone opens a book (maybe for the first time ever), plunges into the words, and happily gets lost in its pages. A book has the power to change perspectives and lives. Authors, more than anyone, know that, too.

To kick-off the series, we chatted with Janet Wong, a lawyer turned poet. Janet’s current project is Poetry Tag Time, a collaboration with Sylvia Vardell, who will also be featured here in the next few weeks. Launching today, the electronic-only poetry anthology for children includes new poems from 30 well-known contemporary poets.

Worldreader’s use of e-readers, her desire to put poetry into the hands of children around the world, and Poetry Tag Time’s goal of encouraging kids to “play” poetry resonated with Janet.

“The e-reader format – especially if it’s a Kindle because it’s smaller – is a format that just begs to [have poems] read aloud,” she said. “I’m hoping that kids will take turns in a classroom reading one poet or another. Or the teacher could say ‘Here are 30 poets. Who do you want to be today?’”

Although she admits not latching onto reading until she was an adult because she didn’t find the “right book” when she was young, Janet had distinct memories of books that made a lasting impression. Here’s what she had to say:

“When I was a kid, the one book that I remembered I loved was Charlie and the Chocolate Factory. The name of it caught my attention. I saw it in a bookstore window. It was the very first book that I ever asked my parents to buy for me, and it was the first book they bought for me.”

“When I was kid, starting about fourth grade, I decided I hated poetry. In all fairness to poetry, I think I didn’t know poetry well enough to hate it. I think what I hated was poetry homework. It wasn’t until I was an adult and I had decided I wanted to quit my job as a lawyer and start being a writer for children… that I came to love poetry. It’s because I heard a woman named Myra Cohn Livingston.

“Myra Cohn Livingston was one of the most famous children’s poets alive in the1980s and 1990s. [She read] from a book called There Was A Place And Other Poems. It was the title poem, “There Was A Place.” It was a poem about losing your father and missing your father. It’s not clear if it was from divorce or from death, but I think in that poem it was from divorce. My parents are divorced, and when I heard that poem it made me blink back tears. I thought ‘Wow! If that little poem could make me feel so much inside, there’s something I could learn from that woman.”

Janet later took a class with Livingston, thinking if she learned about poetry, she would able to write a good picture book. But, then something happened – she realized she had fallen in love with poetry. It was no longer homework. It was her passion.

For updates about Janet, Sylvia and Poetry Tag Time, visit their blog.  And for more information about how authors can contribute their work to Worldreader, visit the authors’ area of our website.

Thanks for sharing your story, Janet Wong! 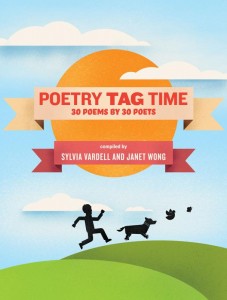 Janet and Sylvia have generously donated this book to the Worldreader program.

Writers Take A Lead in the Books For All Mission