Worldreader partners with the Cisco Foundation to bring 10,000 pieces of STEM content to 2 million readers

When Malawian-born William Kamkwamba found a library book called Using Energy, he used it to help him build a fully functional windmill. 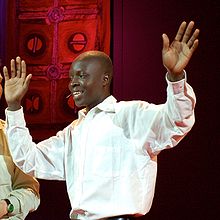 William Kamkwamba at TED in 2007

It generated enough energy to reliably power four lights and two radios in his family’s home.

There is a broader narrative into which William’s story fits. In 2011 the Brookings Institute released a paper that summarized and expanded upon established links between technological innovation and economic growth. Unsurprisingly, among the many important investments needed to create the environment necessary for technological innovation, education in STEM was included as critical. This makes obvious sense, as does the conclusion that education begins with access to the right material. There is a world in which there are many more William Kamkwambas, but it begins with ensuring that books like Using Energy are far more ubiquitous.

Thankfully, that world is now a little bit closer at hand.

Today we are proud to announce a partnership with the Cisco Foundation that will ensure the addition of 10,000 pieces of Science, Technology, Engineering and Math content to our overall library by the end of 2015. Our goal is to reach 2 million readers with pieces on everything from the basics of biology and chemistry to innovative green energy projects on Worldreader Mobile.

By so doing so, we will make it a little easier for future William Kamkwambas, scientists, mathematicians and engineers to realize their career ambitions and change their lives.

We thank the Cisco Foundation for making this possible!

Interested in sponsoring a critical part of the Worldreader Library? Contact Brian Gougherty at brian@worldreader.org for more information on how you can share a world of knowledge with those who need it most.

How Nancy Sparked Our Next Campaign