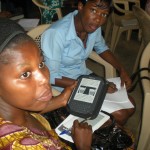 Getting ready for the Clearwater High School e-reader rollout

About a year ago, 500 children and teachers in Kade and Adeiso, Ghana came to school and found e-readers filled with a total of 25,000 e-books. In the United States, a similar thing happened at Clearwater, Fla. High School—2,100 e-readers loaded with math and language arts books were being rolled out as new classroom learning tools.

It was the beginning of two very different e-reader pilot programs in two very different parts of the world. Worldreader’s “Books For All” goal was to empower people by encouraging a culture of reading in places where books are nearly impossible to find. In the Pinellas County School District, the project aimed to arm every student with new technology and to start replacing printed textbooks with digital ones. Both pilots – still the largest e-reader programs in any school worldwide as far as we know – have unveiled common themes: E-readers can help level the learning field while creating excitement about reading.

Over the next week, we’ll to take a closer look at the similarities, differences, lessons learned, and future plans with a focus on technology adoption, content availability, and classroom results. Let’s look at the technology issues first.

One of the big questions that had to be answered early on was: Which device makes the most sense to use in a classroom setting? Laptops serve many purposes, and teachers frequently find their multi-functional attributes distracting in a learning environment. E-readers, however, do one thing well—they read books. Although networking access expands e-reader use and usefulness, educators see the benefits of working with a single-function tool.

Amazon’s track record with the Kindle product line, its vast amount of available content, and its well-established electronic book distribution process made it an appealing choice. Worldreader and Clearwater High School opted for the same device – the six-inch Kindle 3G with Wi-Fi. In the field, the devices have been durable enough to survive the kids’ natural rough handling and Florida and Ghana’s humid climates, but both organizations are talking with Amazon about improvements that would make the e-readers even more resilient.

Likewise, as we’ve discussed before, e-readers have another advantage over computers in that they operate on widely accessible 3G mobile phone technology, which can deliver e-books to individuals in a matter of seconds in the most remote parts of the world.

The platform is not as good, though, when large numbers of e-books need to be downloaded to hundreds or thousands of e-readers simultaneously.

Bonnie Kelley, Clearwater High School’s supervisor of library media technology, recalled how the local cell phone network stopped working when all the students and teachers powered on their e-readers at the same time.

“We distributed the e-readers in about two and half days. On the second day around lunchtime, I said to the principal, ‘You know I can’t make a phone call and I can’t send this email,'” Kelley said. “AT&T [the local carrier] had contacted the district and said we had shut down their network around the area of the school. That was the first lesson we learned. Turning on all these 3G devices need support. We had never even thought about it and never anticipated it.”

AT&T bumped up service in the area, and school administrators eventually built a campus Wi-Fi system to reduce pressure on the phone network. The downside is that school districts in developing areas, where resources are scarce, won’t be able to take similar measures.

This is where Worldreader is learning that corporate partnerships may alleviate some of these now-known issues. Companies like Amazon, mobile phone carriers, and network providers may find a wealth of front-end and back-end technology opportunities that could better serve leading-edge wholesale and institutional e-reader distributors entering the market, added Worldreader’s Managing Director Colin McElwee.

“Worldreader has worked with Amazon to develop systems better suited to getting a large amount of books to a large amount of kids and segmenting those groups between kids, teachers, kids of different ages, and kids in different classrooms,” he said. “The front-end of the technology [the device itself] works pretty well. But the back-end of the technology – the distribution side – has been particularly challenging. Everybody, including Amazon, has learned a lot about the opportunities that are out there for developing better systems.”

Actual hands-on, in-classroom technology adoption was another area that initially raised concerns for both Worldreader and Clearwater High School. Would the teachers and student latch on to the device and a new way of teaching and learning? Would this particular technology make a difference in the classroom environment? We’ll dive more into this topic in the final installment of this three-part series, but the short answer is “Yes,” for different reasons.

In Florida, because the technology is being used to replace traditional printed textbooks and requires a change in teaching behavior, teacher acceptance varied, said John Just, assistant superintendent of MIS for Pinellas County Schools. There were pockets of resistance, where a lukewarm response greeted the introduction of a new book platform. Others were uncertain if it would work, but were willing to try it out. Some teachers dove straight in, and soon became advocates who helped others further along the learning curve. Positive reinforcement ended up being an important element to getting teachers onboard.

“Positive reinforcement for using the device and efforts to use it are needed for both the students and the teachers. Just because you’ve bought the devices and put them out there, it doesn’t mean that people are going to be able to use them,” John said. “They need to be supported, and teachers need continuous professional development.”

In Ghana, we saw a different reaction. Like Clearwater, Worldreader dedicated time to teacher technology training, but within a short time, it was evident teachers were ready to go, and go quickly. The teachers in Ghana, many of whom have no books or, at best, have a limited number of books they can teach with, immediately saw the e-reader’s potential. More importantly, because e-readers are not seen or categorized as a computer that would undermine their authority in the classroom or something that would threaten their position in the community, teachers enthusiastically embraced the technology, said Colin.

“The e-reader is perceived and appreciated as a book, partly because of its form factor and partly because it is a book. It just happens to be 3,500 books. It’s not seen as a platform for doing many other things.” Colin added. “Teachers in Ghana are using it in the classroom, and use it enormously at home to read what they like, which is also important. They enjoy it, they are discovering the joy of reading, and have become ambassadors for it. If they are an ambassador, they will be enthusiastic about whatever it is that they love, and the kids will pick up on that.”

Next up, we’ll talk about the content Worldreader and Clearwater High Schools is making available to students and teachers, and the work that’s being done with publishers to ensure ongoing access to regional and international e-books.

Having Books Changes Everything