The Girl Who Will Teach Tanzania to Read

In the verdant community of Arusha, Tanzania, something happened six months ago that changed 11-year-old Mery’s life forever. Mery is in class five at the Upendo School, the historic spot where e-readers first entered a Tanzanian classroom.

This past week, we were in her village for an e-reader launch at the nearby Nambala and Nganana schools. Before I share the incredible events that took place at that launch, let me tell you a little bit about Mery. We stopped in and saw her during school. She spoke of the many books she read on her e-reader…both in Swahili and in English. A particular favorite of hers is The World Atlas–and now she’s determined to become a pilot so she can travel the world and see the places she’s exploring in her mind.

Mery invited us into her home where we met her mother, who spoke only Swahili. With Mery translating from Swahili to English, she told us how incredibly proud she is of her daughter. She told us how much she’s learning from Mery and how hopes to show off some new English-speaking skills when we visit again.

Have you ever met a force that you know will change her generation? Mery is one of those girls. And, the good news is you’ll get to meet her, too, just as soon as we can edit the video we shot. 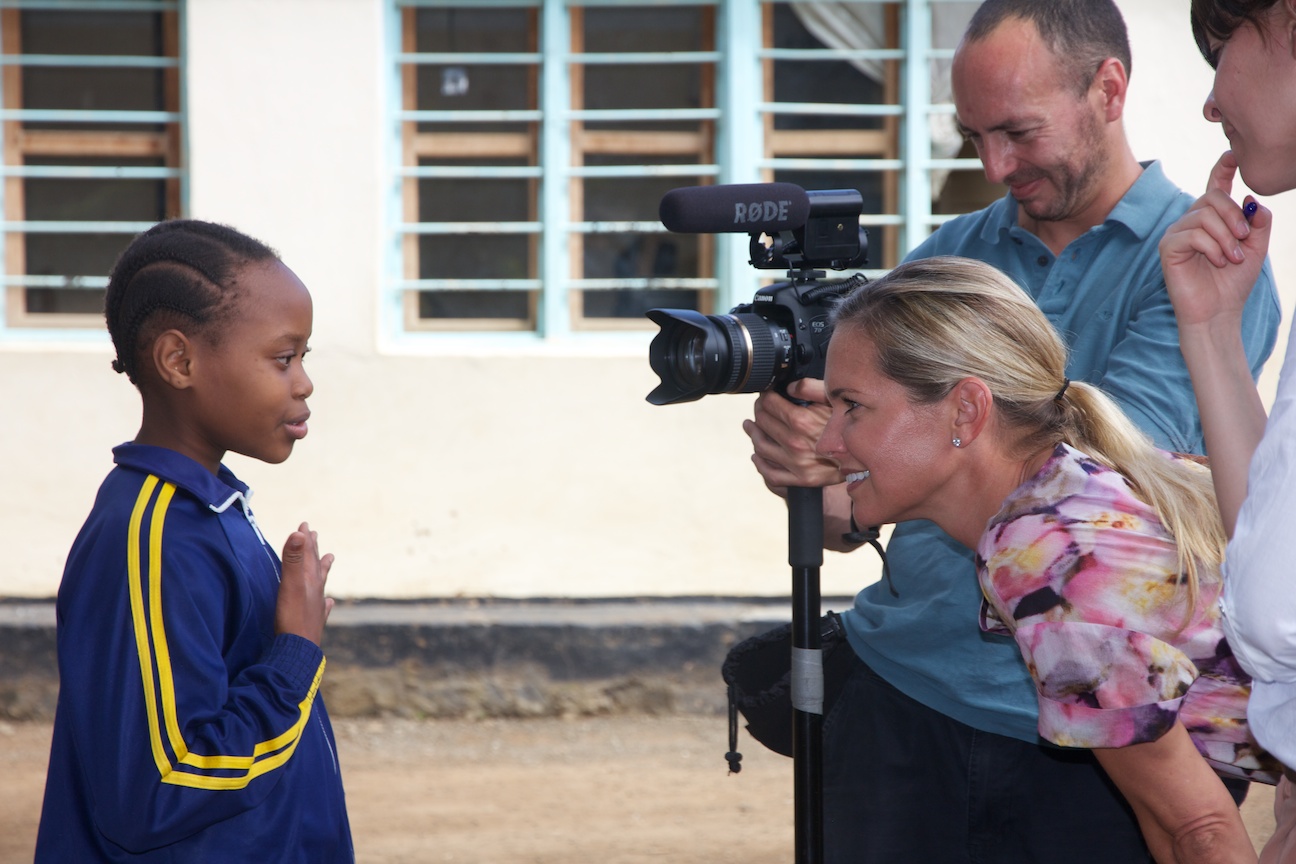 Mery tells Worldreader’s Susan Moody about the e-books she has recently read in Swahili and English. “I can’t wait to teach all the children in my country to use the e-readers,” the 11-year-old Upendo School student added.

After talking with Mery, we headed down the road to the e-reader launch at the Nganana and Nambala schools, officially the second and third schools in Tanzania to have e-readers.

A bit of background: Worldreader partnered with the impressive Nelson Mandela Institute and secured funds from two generous donors to raise enough money to bring 350 e-readers and 36,000 e-books into this beautiful and remote part of Tanzania. Both schools are as simple as can be, but their classrooms are filled with passionate teachers and students hungry to learn more and improve their lives. Neither school had electricity—until 3 days ago when the power company quickly installed a tower just before the launch event—running water or, to say the least, books. When we first walked in, we saw a teacher using the rote method at the blackboard to teach her children how to read. Without books, that’s the only way.

What’s amazing is that this e-reader launch caught the attention of none other than the Tanzanian Prime Minister. Why, you might ask? My best guess is that it’s testimony to how powerful this idea actually is. In just a couple of days, we were able to train teachers and students how to use this new technology and send 36,000 e-books into these schools—not to mention the continued capacity to send many thousands more with a click of a button.

Once we found out the Prime Minister Mizengo Peter Pinda was coming, we asked for an interview, which was granted. I’ve done many things in my life, but interviewing a Prime Minister in front of Tanzanian press is a first! Ignoring my nervousness, I asked him questions about the challenges Tanzania faces with education, reading and technology. His answers showed sincerity in his belief that technology is the way forward for Tanzania.

After the interview, we went to the official community event where the Prime Minister and other governmental ministers and leaders spoke to a crowd of more than 2,000 people. David Risher, our co-founder and president, shared his story of the origin of Worldreader and his vision that, in the not so distant future, there could be a time when everyone across the globe has the books they need. An increased interest in putting more e-books in schools and a sharper focus on social innovation in Africa have helped spark momentum in fighting illiteracy not only in sub-Saharan Africa, but also worldwide, he added. 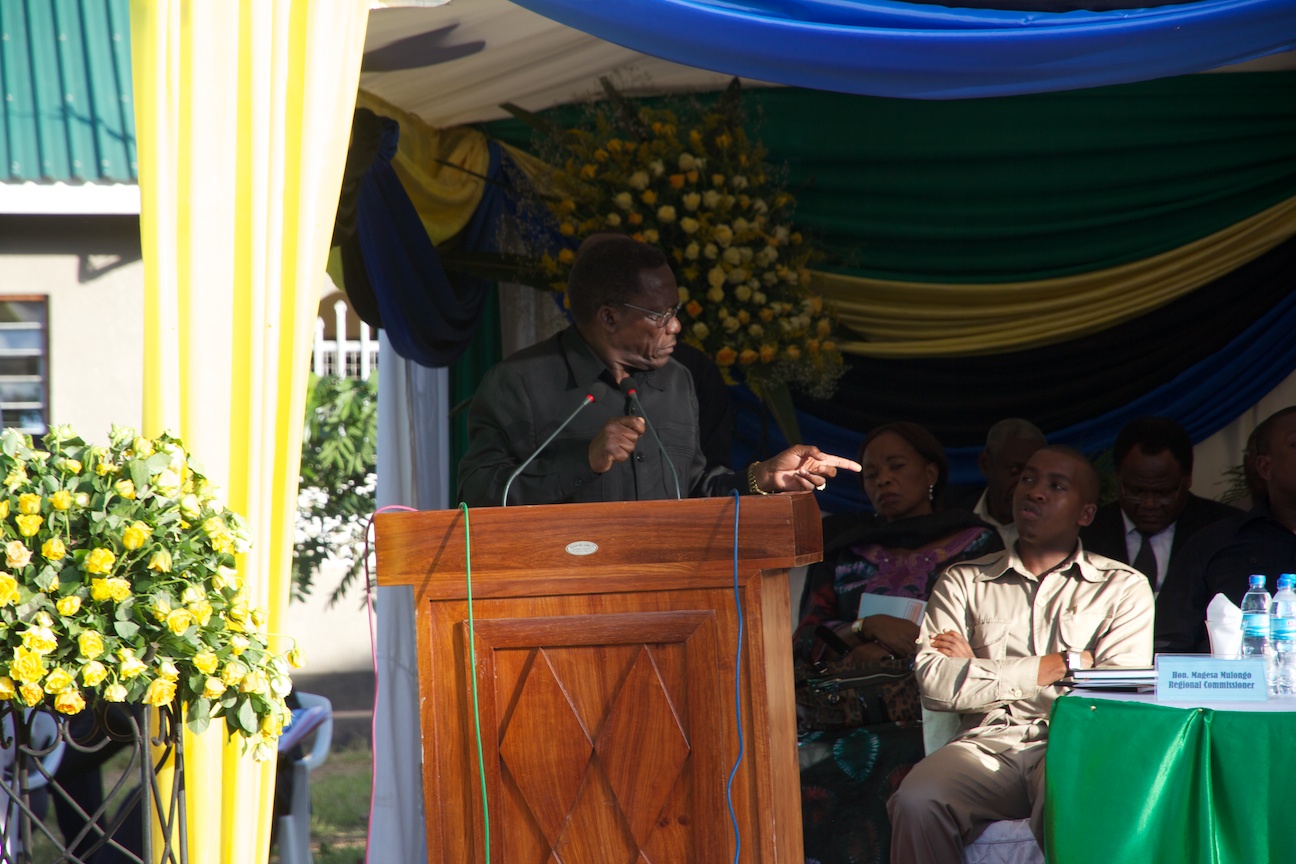 Tanzania’s Prime Minister Mizengo Peter Pinda speaks to a crowd of more than 2,000 people and points to his fellow leaders as he says “we need to make this top priority at a national level.”

The Prime Minister stunned the crowd (and grabbed the attention of the press) with his complete buy-in, stating, “I believe so much in what you are doing that I am going to assign this as a top priority at the national level, and put the Worldreader program into the school I am re-building in my own community. The cost of e-readers and e-books cannot be compared to the much larger cost of having another generation of illiterate and semi-literate children.”  He praised both Nambala and Nganana schools saying that they will make the government look like a laughing stock if they ignore this and implored his team to drive this through at the next budget talk.

What does it mean when you get the government’s attention and promise to bring more change like this to the rest of the country? Well, that’s society-changing. I couldn’t help thinking about the people who donated to these two schools and to the Upendo School. Their donation not only affected the students and teachers, but their families, their communities and ultimately the whole country. Here in Tanzania, the world just shifted.

After the ceremony we went back and told Mery about the Prime Minister’s idea for all students in Tanzania to have e-readers. She grinned and hugged herself, saying: “Oh! Great! I can’t wait to teach all the children in my country to use the e-readers.” I looked at her and thought about the change that is starting to happen in her country and knew that this girl, this force, is going to make a huge difference. 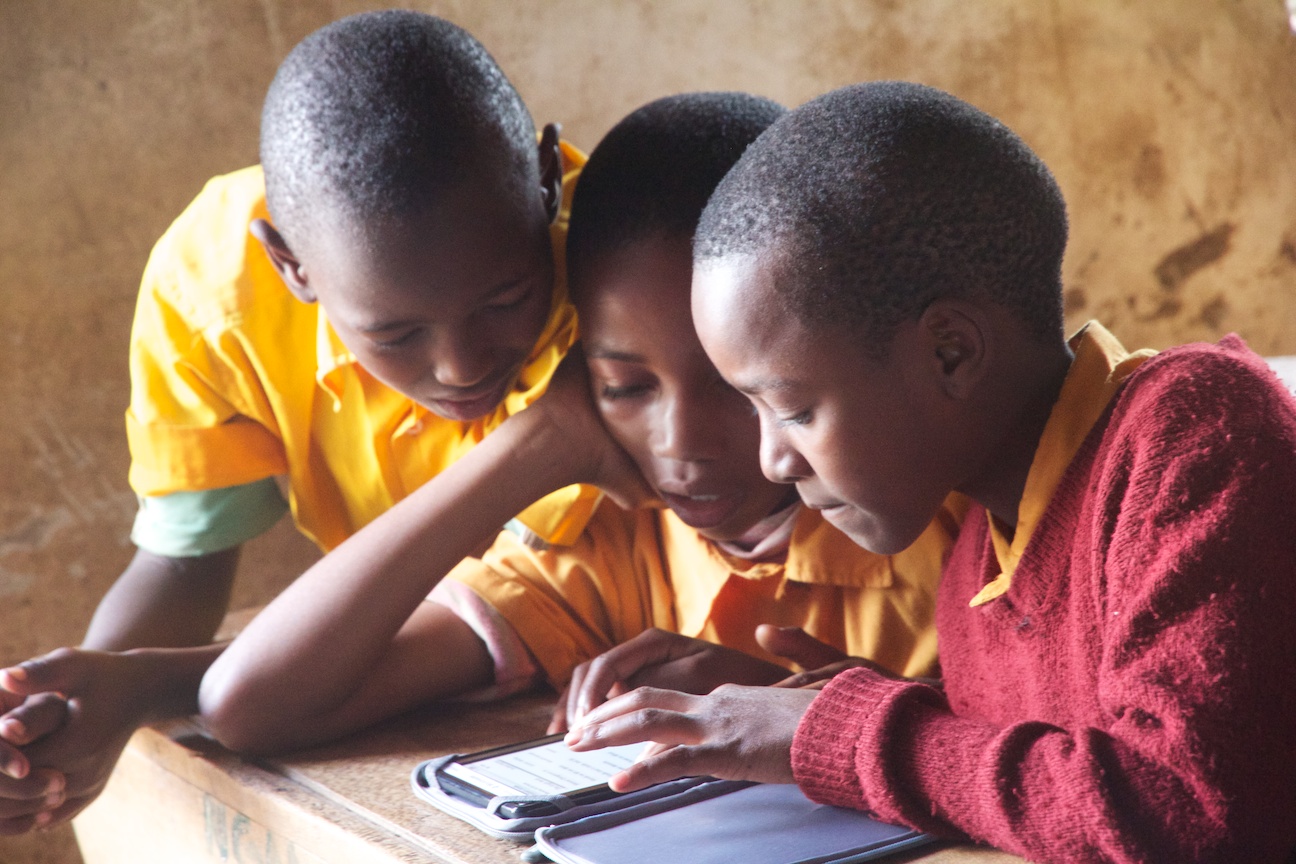 Nganana students learn how to use an e-reader. One of the first books they read was a Swahili story about Kanuki, a giraffe with the short neck.

Reading in Africa: Books For All Comes to HIV/AIDS Orphans in Kenya

Reading in Africa: Kids on Zimbabwe’s Fringe Love E-books, Too