We recently sat down with Ronda Zelezny-Green, a PhD student in Information and Communication Technology for Development (ICT4D) at Royal Holloway, University of London, to discuss her recent study on Worldreader Mobile usage among a group of girls at a secondary school in Nairobi, Kenya. Her study examines the girls’ app usage in an effort to better understand how mobile and informal learning may play a role in girls education. Read on to hear what Ronda had to say about the study.

Sarah Jaffe (SJ): What was your inspiration for studying informal learning among high school girls in Kenya?

Ronda Zelezny-Green (RZG): I was interested in mobile learning but I knew that mobile phones were banned at school. Therefore, the only way to engage with mobile learning was by exploring informal contexts – it had to be after school, unobtrusive and an intervention that could meet the needs the girls had at the time of the study.

SJ: How did you settle on books and reading as the main focus of your mobile work with the girls?

RZG: When I did the fieldwork for my master’s degree in 2012, it became very clear that books were an important part of these girls’ education. They wanted and needed more books to gain knowledge and improve their studies, but many of the girls could not afford some or all of the textbooks required for school. Furthermore, during exploratory interviews, one teacher pointed out that the content in the textbooks the girls use dated back to when he was in school, so there was also an urgent need for up-to-date content.

Mobile reading addressed a large number of these issues because it provided direct access to engaging and current content that was otherwise impossible for the girls to attain, and at a low cost. This gave the girls access to an essential part of their education: books.

SJ: Can you describe the school where you conducted the study?

RZG: I conducted the research at an all girls school located in an impoverished part of Nairobi. I chose to work with a relatively poor school, since this intervention needed to work with children at the base of the pyramid who may be least able to afford books. I purposely targeted this challenging setting so that if it failed, there would still be lessons to draw from the experience.

SJ: Was it difficult in such an environment to recruit 22 girls who already had data-connected phones?

RZG: No, it wasn’t. A finding that shocked me from the master’s level study was that over 45% of the 139 girls initially surveyed directly owned their own mobile phones. Even more exciting was the level of access each girl had to a mobile phone through borrowing, which was very high, approximately 97%. After a selection process that included gaining permission to participate from the girls and their parents, there were 22 girls who completed the study. 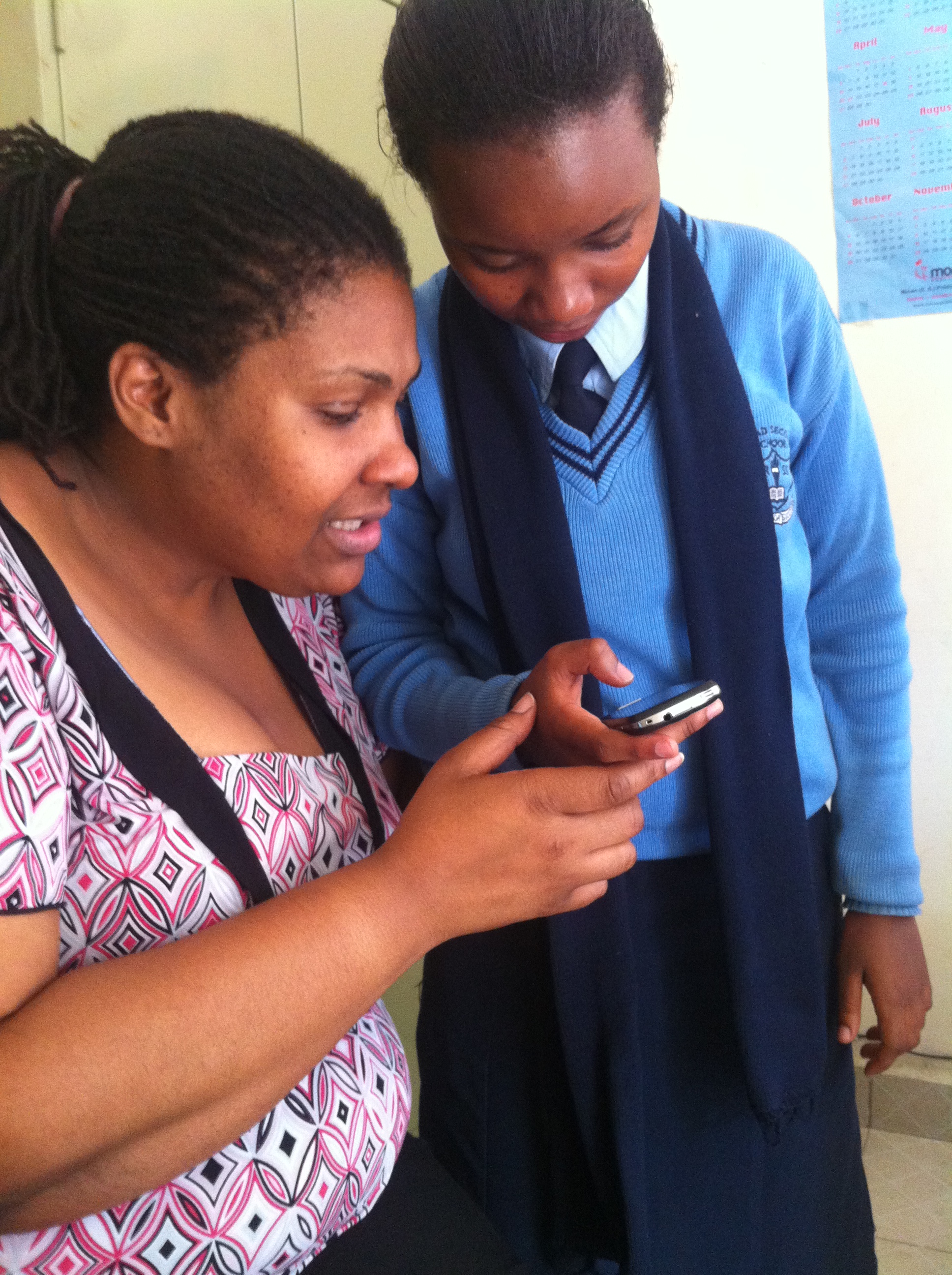 ‘A finding that shocked me from the master’s level study was that over 45% of the 139 girls initially surveyed directly owned their own mobile phones. Even more exciting was the level of access each girl had to a mobile phone through borrowing, which was very high, approximately 97%.’

SJ: Was lack of money for airtime a barrier? How financially sustainable is mobile reading?

RZG: For the first month of the study I gave the girls 10 shillings worth of credit (about $.10) and no money thereafter. As expected, the first month when the girls gained access to the app, usage was through the roof. However, if this intervention was to be sustainable, my financial support could not be continuous. After this initial funding was depleted, most of these girls used money they had received from their parents, some of which was provided to purchase snacks during the school day.

Throughout May and until the first week of December, mobile app usage tapered off when compared to the first month, but such usage was fairly consistent for the majority of the girls. The research suggested that mobile reading is sustainable because the girls told me that their financial resources were not a barrier to their app usage – they were able to buy data bundles for as little as 5 shillings, and this could last them for about a week of app usage and reading. Compared to purchasing hard copies of books at an average minimum cost of 100 shillings (just over $1), mobile reading was much more cost efficient for the girls.

The girls that used the app the most were those whose parents were most vocal and supportive of the possible support that mobile reading offers their child. Parents need to understand how and why girls are using the app for educational purposes so that they are willing to give their permission to use the app, help the girls find time to use the app, and even allocate more financial resources so the girls can read when they want and need to.

SJ: What did you find interesting about the girls’ choice of books to read?

RZG: I was shocked that one of the first books that every girl read cover to cover was titled Male Condom Instruction. Every single girl. Now, if they are going to make the decision to have a sexual relationship they can be more informed about it, which is empowering. This is a discussion they could not easily have with other people in their home. Books that featured cooking recipes were also quite popular: the girls enjoyed cooking different foreign foods for their family. Thirdly, inspirational stories were wildly successful: the girls loved reading these books and could easily relate to the characters who were often from countries in Africa, including Kenya. This to me illustrated the great importance of the availability of local content.

The girls’ biggest demand by the end of the study was to have more content on Worldreader, and updated more frequently – they just wanted more to read and they truly cherished content that was interesting to them. 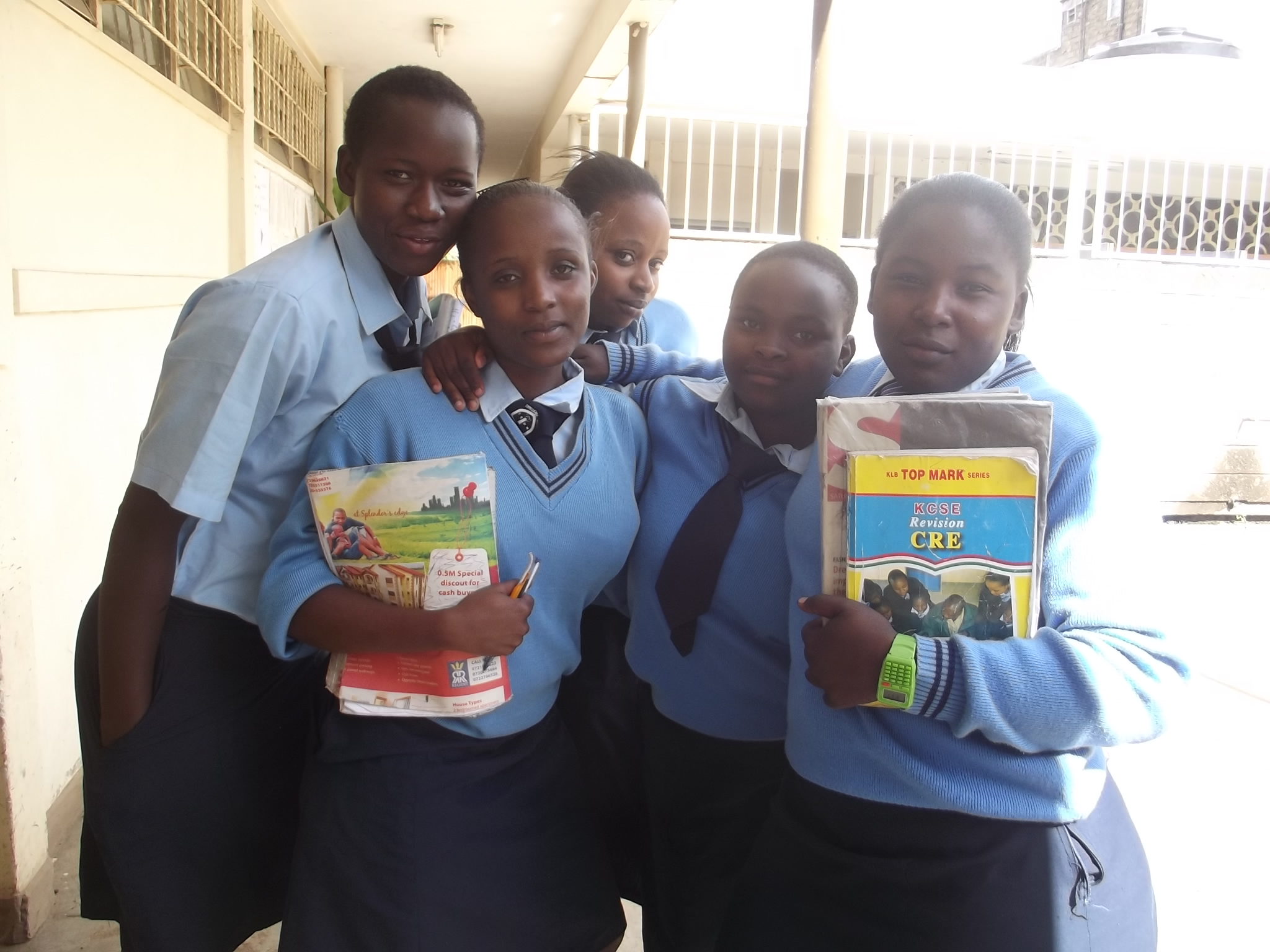 Learn more about how we’re improving people’s lives through e-books via Worldreader Mobile.