Sticks in a bundle

Every single day we are reminded of how bringing “Books to All” is an ambitious project.  In one of a few similar stories last week,  Zev encountered some electrical snags in one of the schools in Ghana which was making teacher training a bit challenging.  David, Colin and Zev are on never-ending overseas skype calls wrestling with the tedious details of uploading books on each of the Kindles.  All of us are working long and tough hours–it is obvious to me that  it is the people dedicating their time that will make Worldreader’s mission a reality.  Just like the Kenyan proverb says….Sticks in a bundle are unbreakable. It’s a good thing our bundle of sticks keeps growing with awesome folks! 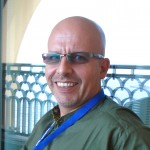 We are thrilled to announce two members to the Worldreader team, one based out of Barcelona and the other on the ground in Ghana, both incredibly talented and will make a huge impact on our mission.  Alex Sulzberger is our new Director of Technology- Ghana and has 15 years of experience in computer hardware, networking, web-application development, network management as well as satellite, radio and fiber optic communications.  In addition, he assisted with sound IT expertise in implementing professional communication solutions for the UN, UNDP, as well as ISPs and Telecoms in West Africa.  He has been the CEO of Ecoband Networks, a connectivity solution provider in Ghana.  We couldn’t think of a more perfect person to head up the complicated Tech issues in the weeks and months ahead. 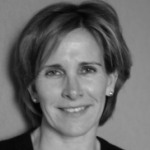 Barbara Hummel is our new Director of Development.  A true bookworm at heart, she was a news producer and writer at NBC-TV, and a senior executive at several marketing communications firms, including Porter Novelli International.  Prior to relocating to Europe, she founded and was principal of the Axiom Communications Group. Barbara earned her BA at Princeton University, and pursued doctoral studies in English Literature as a Century Fellow at The University of Chicago.  She comes on at a perfect moment, right before end-of-the-year giving.

Teacher training is moving forward very well (more to come on that) and soon the Kindles will be in the hands of the children.  In just a few weeks the entire team will be flying down to Ghana together to kick off the iREAD pilot.  Stay tuned! 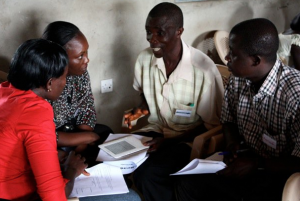