President Barack Obama believes that every child has the right to education. He also believes that every child deserves the chance to learn and thrive in an environment that is enriched by the latest technology. That’s why in April 2015, President Obama launched a national program to help low-income kids access $250 million worth of free-ebooks. Major publishers in the United States donated e-book titles while nonprofits and libraries partnered to create an app that can deliver this content and materials from the public domain.

This passion for enabling technology and education for all runs in the family. Sarah Onyango Obama, known as Granny Sarah or Mama Sarah, has spent years helping orphans and poverty-stricken families in Kenya to become more educated. In April 2015, Granny Sarah also went digital and partnered with Worldreader to deliver over 7,000 life-changing e-books to the rural town of Kogelo and the Sarah Obama Community Library.

How it all started
Mama Obama knew that the people of Kogelo had high intelligence, much in part to the nutrient-rich fish found in Lake Victoria; however, the community had few books to unlock their full potential. The books they did have lacked relevance or inspiration. Children in the community were without textbooks and teachers were in need of reference materials and content in Swahili and English for use with students in classrooms.

A serendipitous occasion allowed Mama Sarah to respond to this need. In September 2014, two Worldreader Project Managers from the nearby Siaya Community Library conducted an e-reading community event that Mama Sarah attended. Mama Sarah was inspired by the e-readers as educational tools and decided to make a change: she founded The Sarah Obama Library and established a Worldreader e-reading program for the community. 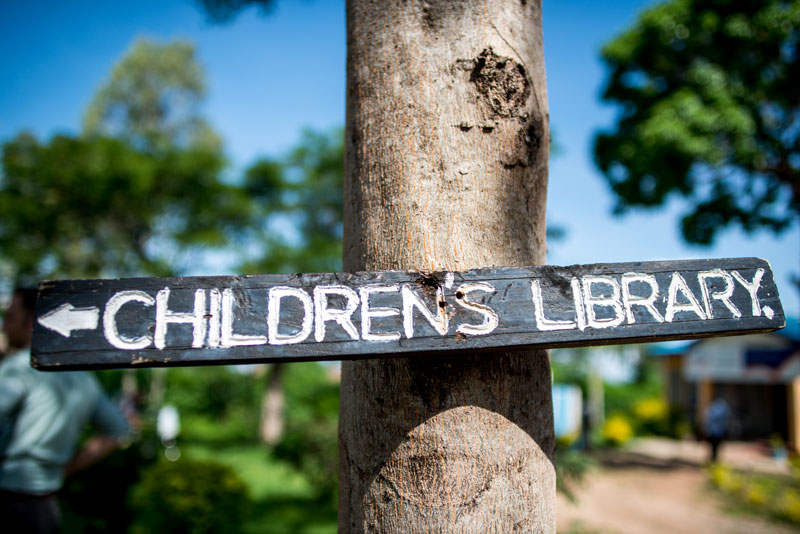 The Launch
7,000 e-books – that is, 35 e-readers each loaded with 200 e-books were delivered to the Sarah Obama Library, along with technical and project management training, which are critical to an e-reading program. The entire community of Kogelo came together to successfully launch their first digital reading program. During the celebratory launch, Mama Sarah was joined by Pamela Akello, Minister of Education, Siaya County, Eve Obara, CEO Kenya Literature Bureau (KLB), government officials, David Risher, CEO and Co-Founder of Worldreader and other distinguished guests. Inspiring speeches about the power of education were followed by pledges read aloud by the audience, committing to valuing the e-readers as educational devices for current and new generations of community members.

The 7,000 e-books include content suitable for students of different ages as well as adult library patrons, such as science and language textbooks and for readers in English, Swahili, and Dholuo. There are also titles from Kenya Literature Bureau (KLB) and those about Mama Sarah’s grandson, U.S. President Barack Obama, including Barack Obama: Yes, We Can! and Who am I? The Story of Barack Obama. 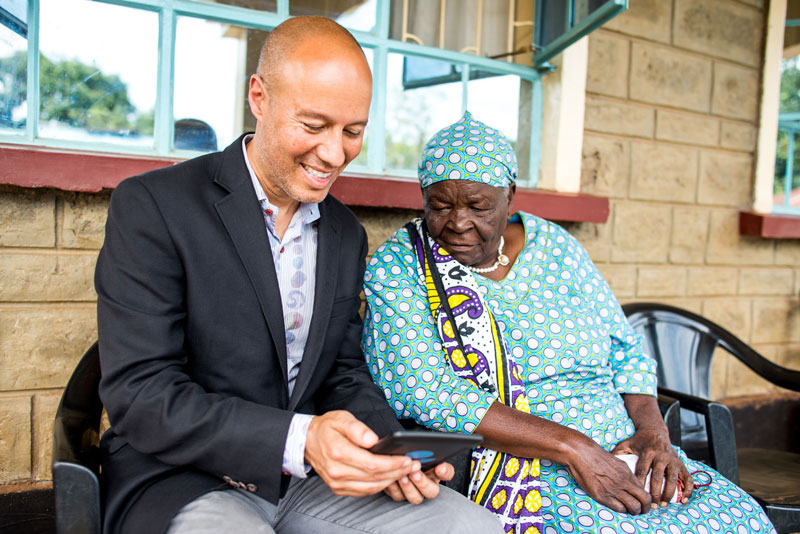 Our co-founder and president, David Risher, shares a moment with Mama Sarah on the e-reader training day.

Today, more than 5,000 community members of all ages have access to these books. The library is open from 8:00 AM to 5:30 PM from Monday to Saturday and experiences an average of 400 patrons a week. The library will also be conducting visiting programs with the e-readers to neighboring schools, impacting more people in the community. Students in the schools were excited to know that they will have weekly access to e-books and e-readers at their school and at the community library. The best part? Patronage at the Sarah Obama Community Library during the after-school hours has tripled; student are coming to the library to read on the e-readers instead of playing. 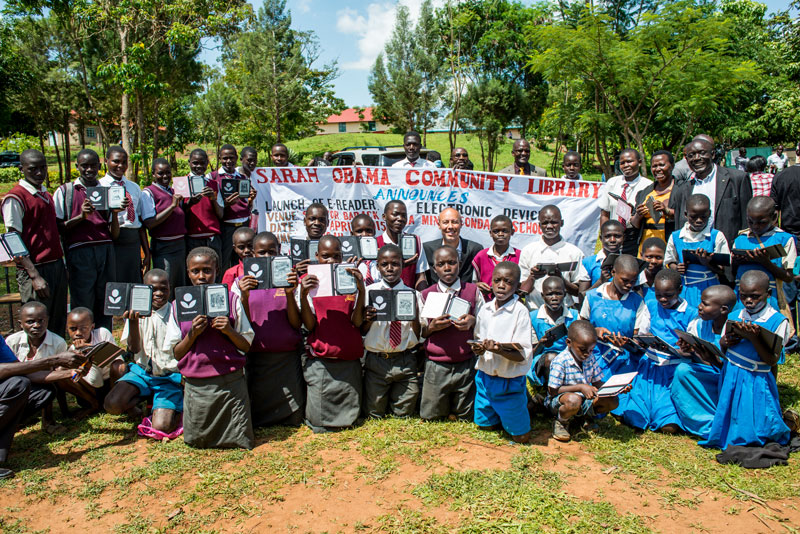 Launch day has arrived! The students pose with David Risher and their new e-readers.

Interested in bringing digital reading to your community? Find out more about Worldreader’s Blue Box program.