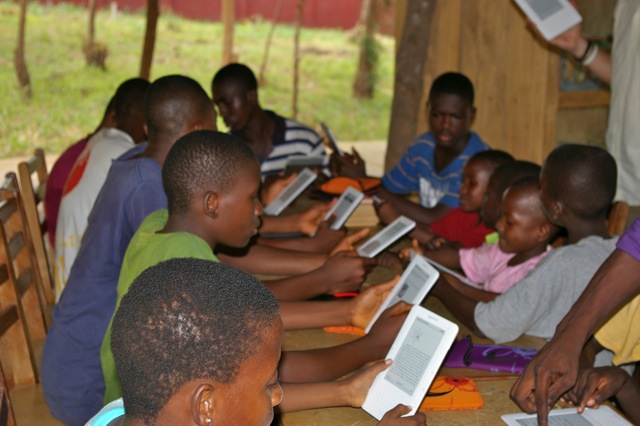 Hello from Ayenyah, Ghana! Today Worldreader took a huge step forward, setting in motion the first true field-test of e-readers in the developing world. It was remarkable in almost too many ways to write, from the 22-hours it took us to get from Barcelona to Accra, Ghana, to the asking permission of the village Chief to work with the local school (and presenting the Witch Doctor with a ceremonial bottle of Schnapps), to the torrential rains that started at 5pm and ended promptly 120 minutes later, to the incredible generosity of the people we’ve met. 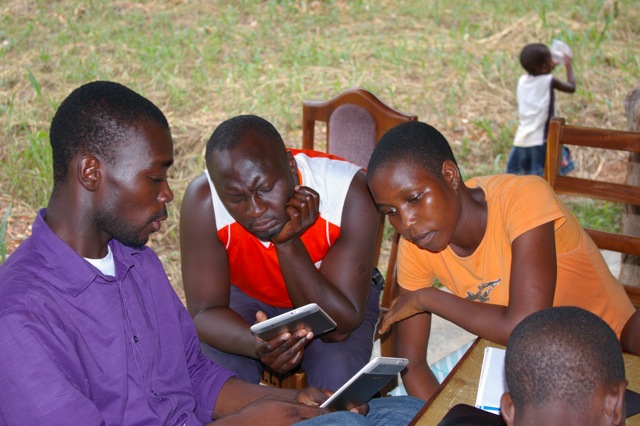 So what did we learn? As background: we spent the day with 20 students from age six to twenty-six, teaching them about e-readers and then letting them loose on a bunch of pre-loaded Kindles. In a way, we simply wanted to see how these children were going to react to this very new technology. We came away more convinced than ever that e-readers will change the face of reading in the developing world. 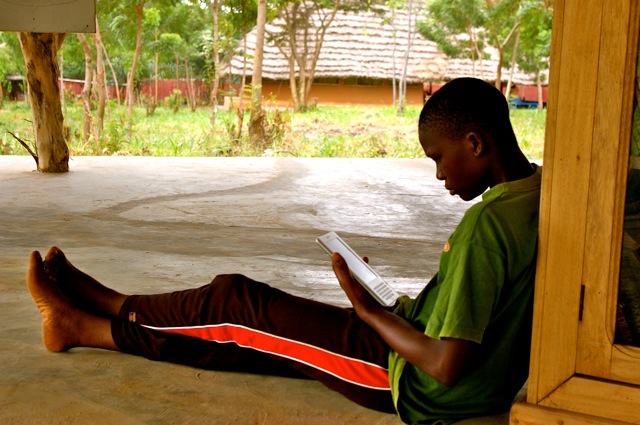 Some of the reasons are exactly what we expected: asking people here to imagine holding 1500 books in the hands makes them grin— it’s so far beyond what they or frankly anybody is used to. Simply having access to this material is really quite a profound change for many of these children. The content they liked ranged from Magic Tree House books to (not surprisingly) some custom content we created on Ghanaian football… like anyone, they wanted to read what they enjoyed.

The Kindle’s built-in dictionary was a big hit, and the text-to-speech functionality was very, very popular. But in a way, the more interesting conclusions we have about the technology itself (which of course will improve quickly and on many dimensions) was that part of its appeal is that it’s simply different from a book. These children have seen books lying around for 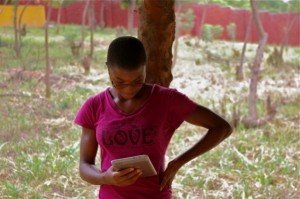 ever, though mostly the books have been inadequate for their needs or in poor shape. But e-readers— perhaps because they feel a bit like cell phones, which everyone in the developing world understands— somehow ignite a new level of interest in kids here. Of course, new technology always has an appeal (as long as it works well), so we’re seeing some of that. But we think there’s something a bit more profound going on… that there’s the possibility that at least for people in these communities, reading certain kinds of material, e-readers might awaken a new interest in reading.


As you look at these, know these these kids are every bit as clever, curious, and enthusiastic as any you’ve ever met. What they haven’t had is access to the range of ideas that e-readers can help bring. We hope we can help.

Kindle setup: You are your billing address