Reading: Your Bridge to Adventure 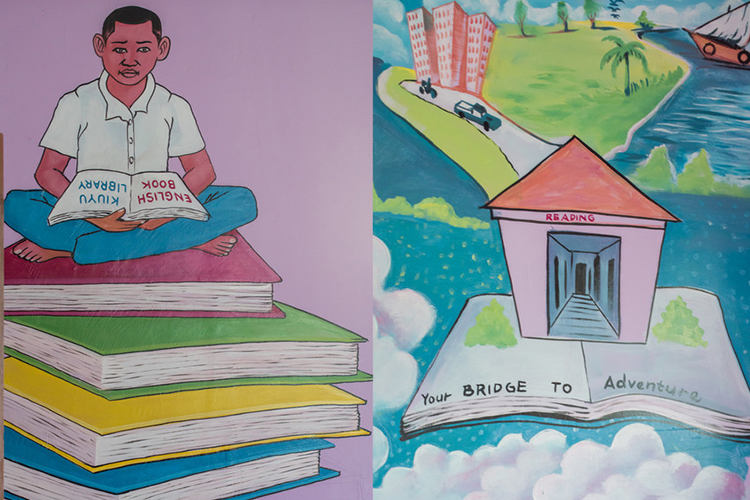 There’s a new painting on a pale-pink wall of Kiuyu Mbuyuni School library on Pemba, an island just off Tanzania’s eastern coast. It depicts the island – recognisable for its lush greenery – connected to the rest of the world via a bridge. The bridge itself seems to hang in the clouds, leading to a library marked “Reading”. Below, there’s an open book with the words: “Your bridge to adventure”.

Isolation often leads to marginalisation. Kiuyu Mbuyuni, like many isolated communities, has struggled for many years with poor access to basic infrastructure and services such as healthcare, sanitation and education. For almost ten years, however, Kiuyu Mbuyuni has been a Millennium Village Project (MVP), a holistic development programme designed to meet the Millennium Development Goals (MGDs) through targeted interventions across health, infrastructure, environment and agriculture, and education.

Despite the impact of the MVP and the community’s graduation to sustainable development, a recent visit to Kiuyu Mbuyuni brought home just how isolated the village is. It was Pemba’s rainy season, which meant that the road to the village had been partially washed away, making our journey even more difficult adding to the feeling of being cut-off.

The move from the MDGs to the Sustainable Development Goals (SDGs) is one of the greatest examples of how, despite everything that implies the contrary, world leaders are able to come together and agree a course of action that can change history. All 193 UN countries agreed upon the SDGs, an almost unprecedented display of unity. The task this set the world, however, is as significant as the decision to end poverty (SDG1), hunger (SDG2) and ensure quality education for all (SDG4). It is a task that demands new solutions that drive local ownership while achieving global objectives; it is a task that demands we leave no-one behind, especially the marginalised, isolated and hard-to-reach.

Education is one of the most important catalysts in bringing people out of poverty and imbuing them with hope for the future. Everyone, everywhere, deserves the educational opportunity to achieve their full potential and to be given an antidote to instability, inequality and disruption. With 30 million children not in school across Sub-Saharan Africa, the challenge is to create solutions that are engrained in the culture and needs of the community while providing a bridge to a wider world of opportunities.

KPMG’s visit to Pemba was to open a library and to leave a gift of 60 e-readers. Is this the kind of solution that is both local and global? 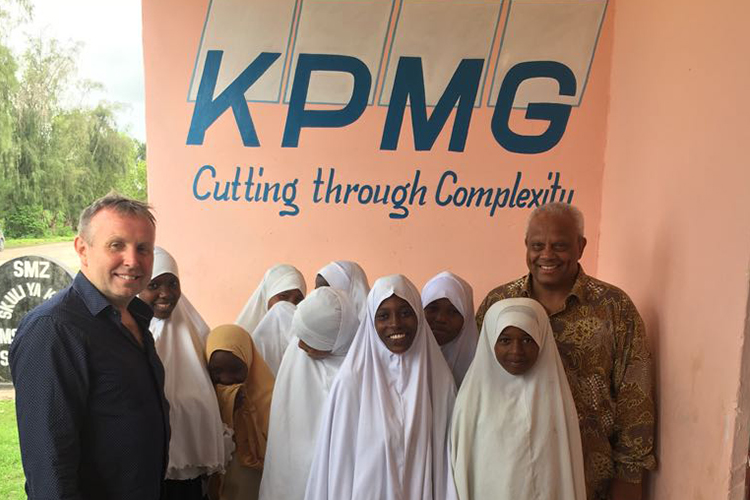 Michael Hastings, Global Head of Citizenship at KPMG and Colin McElwee, Worldreader’s co-founder stand with some girls from Pemba Island who will benefit from the new library and e-readers. 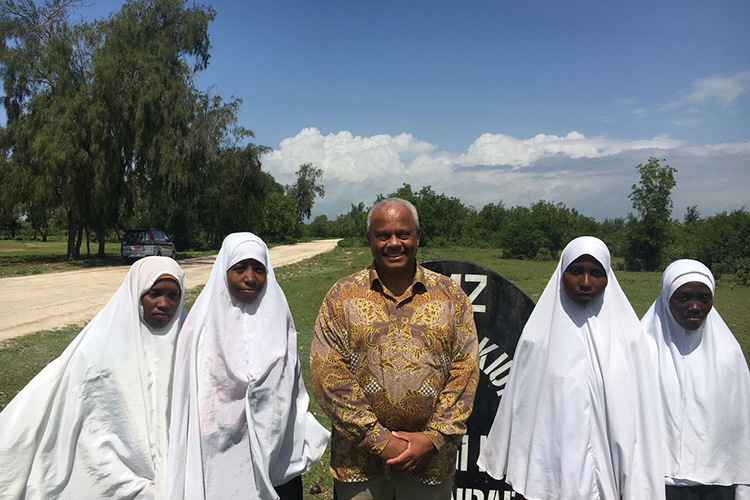 “These young women thanked me for KPMG’s investment in their futures and providing a new library. To say I’m humbled is an understatement. It’s pleasure and an honour, and a privilege I share with Worldreaders and KPMG”, said Michael Hastings.

We think so. Each e-reader was preloaded with 240 local East African and international books. Pupils seemed most excited when reading the Kiswahili books, reinforcing the importance for young people to have access to culturally relevant titles and to be able to see themselves in the stories that they read.

During the opening, we addressed a group of around 300 children and watched a girl called Salama read to her classmates from an e-reader for the first time. Everyone was captivated. The significance of this wasn’t just the fact that she was able to access a world of books for the first time, it was that she was able to read stories in her own language and relevant to her life experience. It was a solution that empowered her for who she was, while, through the use of the e-reader, allowed her to start her own journey to adventure.

Teachers and students celebrate the arrival of their new e-readers: 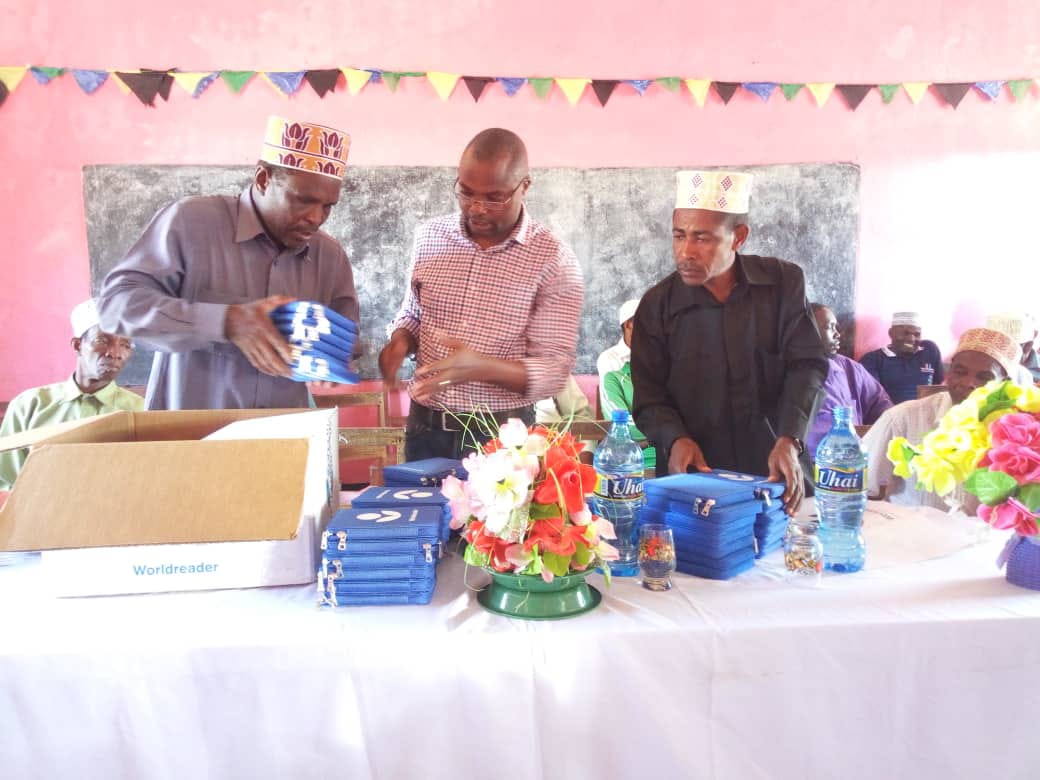 Kiuyu Mbuyuni school has a total of 2000 children ranging from pre-school to grade 12. On the launch day, these students received 60 devices loaded with 240 books. 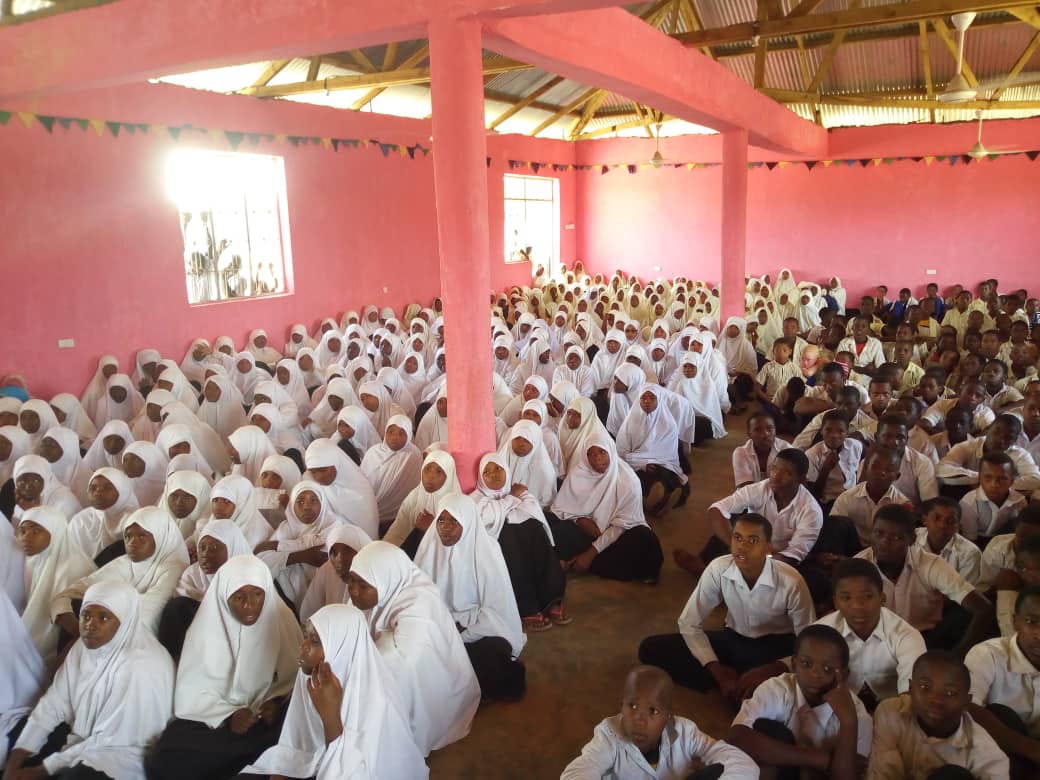 Students come together for the big day! 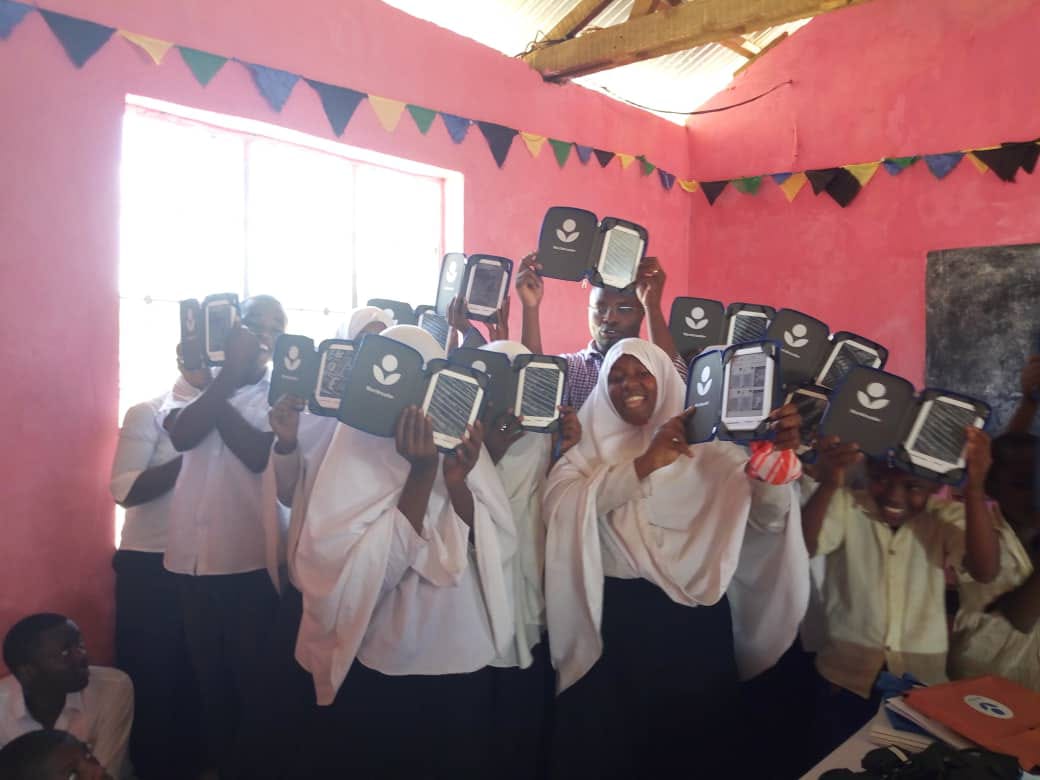 On Friday, the 12th of October, these students celebrated the arrival of their new digital libraries.

The hope the library provides is not just about the ability to help the children of the village to reach their potential, the library symbolises a growing sense of pride and confidence. The teachers we met at Kiuyu Mbuyuni, who know the importance of books from an educational standpoint but also a social and community point of view, see the library as a place for storytelling and therefore a place to bring people together.

The e-readers will be used by both primary students (there are 1268) and secondary students (of which there are 452). Ten years ago there were hardly any girls at schools in Kiuyu Mbuyuni but we were encouraged to hear that today young women make up 60 per cent of the student population. Throughout our visit it became clear that the library is a fundamental source of resilience for the children and their development. The library and e-readers, and information and communications technology (ICT) more generally, can help democratise and improve access to education when used alongside programmes, for example, that encourage young women and girls to stay in education. There are examples from Kenya that e-readers have become a source of information on sexual reproductive health, a vital issue for young women and often a barrier for them staying in school.

While books themselves capture imaginations, technology has an enormous role to play in the establishment of equitable education for all. When visiting Pemba, it’s hard not to be struck by the prevalence of mobile technology (an observation which mirrors digital progress across Africa: in 2000 mobile subscriptions across the continent were almost nil, while last year there were around 900 million users). Through the use of e-readers a love of reading can take hold and become infectious with siblings, parents and friends in the wider community being given the opportunity to read on mobile devices. An island like Pemba might be geographically cut off, but has the potential for connectivity, as long as the advancement of education is tethered to technology.

Quality education also needs to be realised within the context of the UN SDG 17, which states that the goals can only be realised with a strong commitment to global partnership and cooperation. We left Pemba with the sense that we, as leaders of a private sector company and a non-profit, have an opportunity – and a responsibility – to help create a better future for those around us. By identifying shared values and engaging government initiatives in transformative cross-sector partnerships, businesses together with nonprofits can address social problems, scale and sustain impact – even build bridges – for years to come.

This post was co-authored by Michael Hastings, Global Head of Citizenship at KPMG and Colin McElwee, Worldreader’s co-founder.