One of the first questions anyone encountering Worldreader’s projects for the first time asks is, “How do you recharge an e-reader in Africa?” There are a lot of different answers to this question, some of which have been mentioned on the blog before. The thing that makes these answers different is the same thing that makes them all interesting – each charging solution is the one that the individual community, and not Worldreader, determined would best solve this problem. Worldreader provides Kindles and training as part of our projects, but communities or schools work with our sponsors to prepare and provide everything else, including recharging power.

One of the important things to realize about these solutions is that they’re not necessarily solving the problem that we think. Charging portable technology like mobile phones is already a very familiar issue in most African nations. In Ghana, for example, the mobile phone penetration rate is over 70 percent! Africans use their phones for communication, banking, and many other things that might be done online in other regions.

Many people assume that less urban areas in sub-Saharan Africa have no access to electricity.  This is often not true, although they generally don’t have electrical power as those of us in the Western world generally expect to have it: that is, all day, every day.  Some of Worldreader’s project communities are “on the grid,” but their access to electricity is of varying reliability. This isn’t necessarily a problem, though. Kindles, which use E Ink rather than LCD screens, need much less constant charging than technology like laptops or tablets, which usually have a short battery life.

The e-readers that Worldreader distributes, on the other hand, have a battery life of up to 300 hours.  That’s over 12 days! Even an unreliable or unpredictable connection to the grid usually offers power at least once a week – more than often enough to recharge the students’ e-readers.

This is also one of the reasons why we seek to provide students with e-readers rather than tablet computers or laptops. (Other reasons are immediately apparent to any teacher who has ever taken a class to a computer lab – most of what they use the computers for is not work!)

“Have you thought of using solar power?” 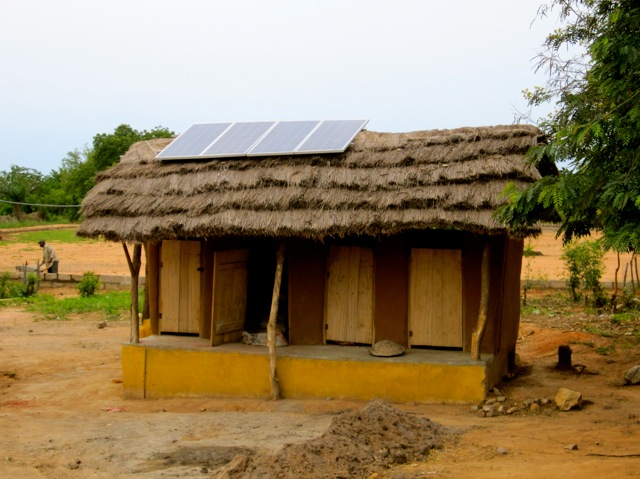 Some of our communities don’t have even intermittent electrical access, of course, but there are other solutions. Schools working with our partners at the Kilgoris Project in Kenya use diesel generators to power recharging stations. And yes, of course, some of the communities Worldreader works with use solar to charge their Kindles. The school in Ayenyah, Ghana, where Worldreader’s iRead project trials began already had two means of producing power before Worldreader arrived: A windmill, and a set of solar cells connected to car batteries.

The power generated by these means is more than enough to power the Kindles, but there are downsides to the centralized nature of the charging station. The Kindles can only be charged at certain times in one place, and the school administration supervises the batteries or generator. While not all the devices need to be recharged at the same time, they can only be plugged in when the students bring them to the charging station during the school day. This may mean there is school time when the students can’t use their e-readers.

Another solution being considered is the use of micro-solar technology instead of rooftop panels. Each of these small photovoltaic cell packs can recharge several Kindles at once.

In theory, this innovation means that students could plug their e-readers into a portable charger when it’s convenient for them, but in practice, the chargers are still kept centrally and locked away when not in use. This keeps them from being creatively repurposed by other people with an entrepreneurial bent, who wish to charge their phone, or start a small business charging others’ phones for them. To ensure that the e-readers are used as intended, Worldreader and our partners have to work hard to keep the e-readers exclusively for students’ use.

So unfortunately, when the time comes to recharge, even this micro-solar solution has problems. In fact, if the e-readers can’t all be charged at once, the smaller chargers can create a bottleneck in Kindle access.

The solution Worldreader is working on will offer individual chargers for our e-readers that are built into the cases, use small solar cells that can charge anywhere and only work for this one device.

This integrated solar case is a prototype, but so far they are working well. Although there are similar commercial models available, Worldreader is working to develop a cheaper, more rugged version that is perfect for our projects and our students’ needs. Less time charging away from students means more time in students’ hands, and more books read! 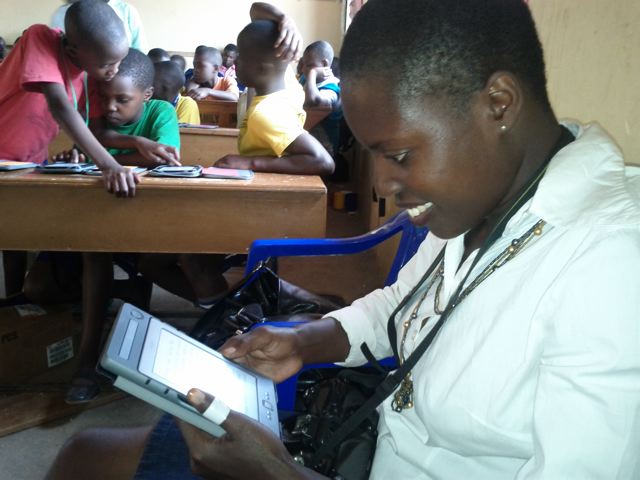