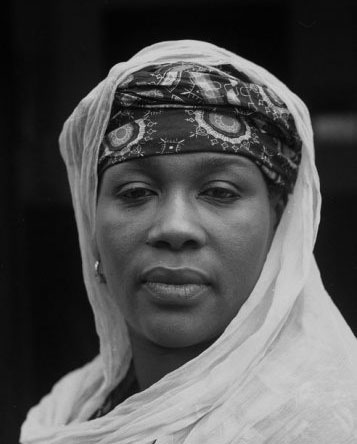 At the age of 13 Balaraba Ramat Yakubu was forced to abandon her education in order to get married.

Fast forward a few decades and this child is now a successful novelist.

Balaraba is a Nigerian author, who lives in the northern city of Kano. She has written nine novels, which offer both a female and personal perspective on cultural norms in Hausa society, while simultaneously turning these “norms” on their head.

Sin Is a Puppy that Follows You Home is one of Balaraba’s more famous works because it has been translated from Hausa to English. The novel is the story of Rabi, a wife and mother of nine. Rabi encounters misfortune when her husband leaves her for a second wife. She is left with nine children to support and no means to do so. Rabi finds the resolve to march forward and uses her cooking skills to start a business, which has great success. This story is a touching and inspiring tale of a woman who finds the inner strength to persevere in the face of profound setbacks. 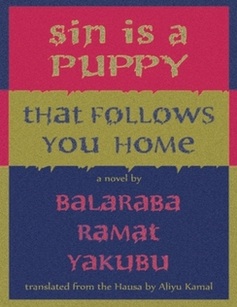 The publication and distribution of this translation is thanks to an independent publishing house in Chennai, India, Blaft Publications. The string of events that led to Blaft’s publication of Sin Is a Puppy that Follows You Home can trace its origins back to the 1960’s, when Lebanese distributors based in Nigeria began importing Hindi movies. Despite the nearly 5,000 miles separating the two countries, it turned out that the themes of modest love, tradition, familial loyalty and conflict with modernity in Hindi movies struck a chord with Nigerian audiences. The Hausa speaking majority latched on to these films and this cultural boom gave rise to a new literary genre, littattafan soyayya (love literature). Balaraba Ramat Yakubu was a pioneer in this new wave of literature in Nigeria. Littattafan soyayya literature is sometimes referred to as Kano market literature, because most of the literature is written and sold in Kano, Nigeria. The themes this genre tackles aren’t new ideas, but they are novel in the context of a unique culture and it becomes even more interesting when an author, like Balaraba, tests a culture’s boundaries.

Partnering with Blaft Publications and Balaraba Ramat Yakubu has been an exciting project for Worldreader. We are always enthusiastic about being a part of a project that works to spread a literary heritage through translation. Now our female readers from around the world have an opportunity to find a role model in a writer, her brave writing and the characters she creates.

Balaraba’s book is available, for free, on Worldreader Mobile.