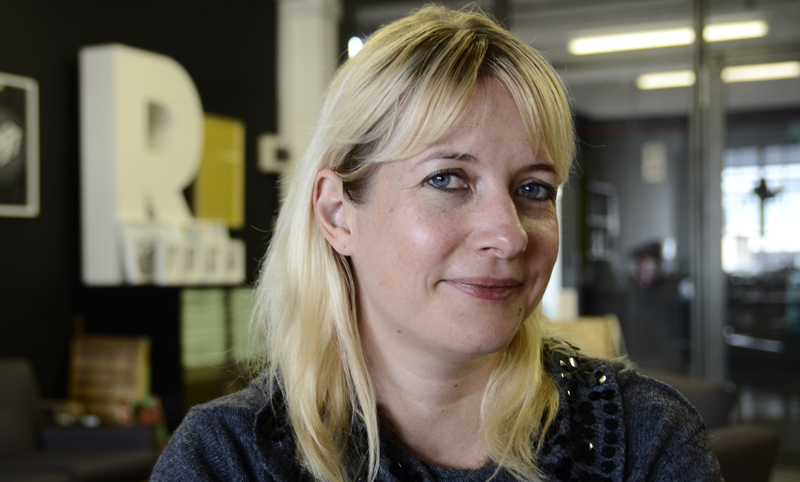 Book Expo America is a chaotic place. Every May thousands of publishers, authors and their fans cram into the Javits Centre in New York City and everywhere you go there is something to look at, something to read. In between meetings with publishers I saw a familiar face. Lauren Beukes?! Could I be that lucky?

For those who don’t know, Lauren is a South African author famous for her critically acclaimed novel The Shining Girls, though she’s also made a name for herself in comics and television. The fame is well deserved: her edgy prose is nothing short of stunning and the dark worlds she conjures up are awesomely original as well as wholly convincing. And there’s another thing: I am a huge fan of how she writes women. Her female characters have relationships with other women, are never just love interests or plot devices and are often, though not always, strong. They also play critical roles in the context of fast-paced gritty narratives and are so diverse and complicated it is never possible to interpret their actions, thoughts, successes or failures solely through the lens of their gender.

At Book Expo, I slunk in close enough to Lauren to see her name on the booth and then grabbed a copy of her fantastic new book Broken Monsters and waited for my chance to meet her. When I did, I told her how much I had loved Zoo City, a novel which is not only immensely fun to read and wildly imaginative but which also deals, creatively, with stigma. She thanked me with genuine enthusiasm and then asked what had brought me to Book Expo. “Worldreader,” I said, and began explaining what we do.

“Oh I know Worldreader,” she said with a smile and then went on to say that she was a fan.

All three stories are written in Lauren’s signature rapid-fire style and feature characters that are instantly recognizable and nuanced. Even the characters we immediately dislike have depth and each story is impossible to put down once you start. Thank you Lauren for your generosity!

Donate your stories and books through the Worldreader Author and Publisher corner.

5 Million People Reading. What It Takes.