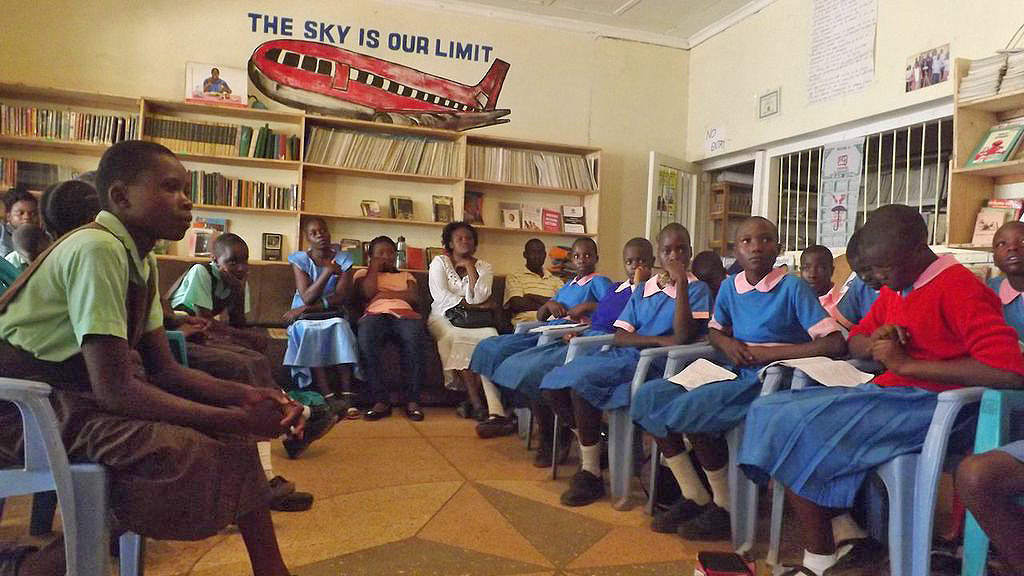 SAIDE Community Library in Kenya is a shining example of how e-readers are impacting lives both in and out of the classroom. As a carefully selected library in Worldreader’s Project LEAP (Libraries, E-Reading, Activities, Partnership), which is funded by The Bill and Melinda Gates Foundation, SAIDE Community Library has hosted e-readers for a mere three months. The Kenyan library is quickly engaging the larger community and helping to create a culture that embraces literacy and technology.

On July 5, SAIDE Community Library hosted a debate called Digitization Creates Sustainable Education. Forty students from four primary schools in Western Kenya, all of whom had very limited to no access to technology prior to the e-readers, debated about the cost effectiveness, environmental benefits, durability, and technological advancements that digitization has or has not provided for education. Below is an interview with Kelvin Gwuma, the stellar Project Manager who hosted the debate:

Can you give us a brief overview of the SAIDE Community Library?
SAIDE is a Community Based Organization (CBO) that was formed in 2009 as a self-help group. In 2012 the idea of starting a community library came up. The library receives 50% primary school student patrons, 30% secondary school students and 20% adult patrons. Adult patrons vary from teachers, pastors and post-graduate students.

What changes in education, literacy, and behavior have you seen since the e-readers were implemented?
Initially the library was open from Monday to Friday and the average number of patrons per day was five. We started opening the library on the weekends.Traffic at the library has increased to almost twenty per day and weekends are much busier than weekdays. The e-readers are cheap, durable and user-friendly. Carrying books was heavy and hard to do during rainy season, and the content was very limited. Previously, only about 40 books and some test papers were available. Now with e-readers they can access 5,000 books!

What prompted your Library to create this debate?
The debate was primarily to create awareness about technology and enhance public speaking skills among the young people in primary schools. But we also found that most people knew the library to be connected to e-readers. This included the District Education Officer, who did not know about a library in his district until the day he attended the e-reader launch. Since then, he has become a loyal patron. We wanted to increase awareness.

What is your Library’s dream for the children and have e-readers helped to play a part in that?
The library’s vision is to have all content in the library digitized to make it easier and more fun for the patrons who use the facility. The e-reader project has helped the library lay out a platform to provide free computer literacy classes to teachers. Initially most teachers did not embrace the idea of being computer-literate since they thought it was complex. After introducing teachers to e-readers, it has been very easy implementing a computer training course at the schools and there is a lot of support and demand from the teachers. 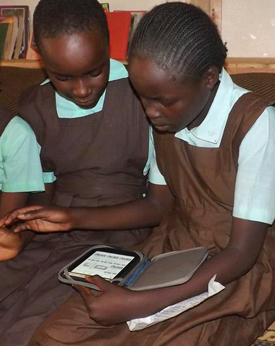 The competition was very close– Walodeya Primary School won first place, followed closely by Lusala Primary school. More debates are to be hosted, at which point more students, teachers, and community members will be even more enthusiastic about education, reading, and technology.

Worldreader is proud to partner with SAIDE Community Library. We thank them for hosting this event and for being an important leader in their community.

Interested in bringing e-books and e-readers to a school or library? Learn how through the Worldreader Program.