If you’ve been following Worldreader this week, you’ll know that we’ve pushing hard to win some of the $2 million that Chase Bank is offering via the American Giving Awards. (Of course, we’re aiming high and hope to win the $1 million grand prize, which would allow us to enter 20 new markets, works with hundreds of new schools and reach tens of thousands of children).

To sum up, the voting week from Nov. 27 to Dec. 4 was all of these things rolled up together: exhilarating, challenging, exhausting, chaotic, competitive and, yes, incredibly satisfying.

Likewise, it was a learning experience for us, and marked the first time Worldreader was placed in the middle of such an important fundraising event, going head-to-head with 24 other noteworthy organizations also doing incredible work in their respective areas.

To pull off the sheer amounts of votes needed, we had to rally our team members in Africa, Europe and the U.S.; mobilize our core community on three continents; connect with our partners; build our international fan via social media platforms, and set up voting kiosks on the ground at schools, universities and commercial centers in Barcelona, San Francisco, Ghana and Kenya. We did this while also attending an important industry conference on the West Coast and launching two new programs in Tanzania and Kenya (we’ll post more details and photos about those launches soon).

While we won’t know until this weekend who won the Giving Awards’ five main prizes ranging from $1 million to $125,000, what has been accomplished during these seven intense days of “Books for all” awareness-building is nothing short of amazing. Here’s what the momentum snowballed into: 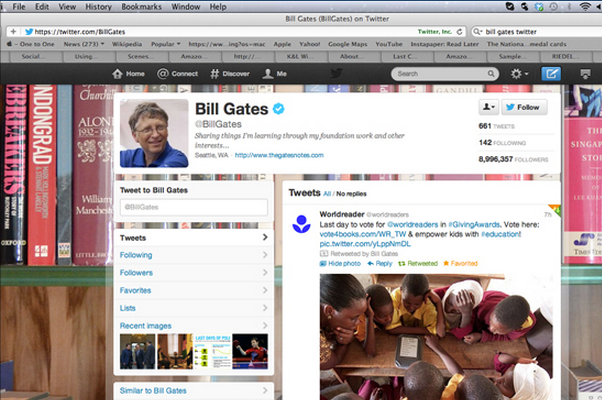 Even as we sit and wait, with fingers crossed, for Saturday’s Giving Awards’ announcement, we’re humbled by the worldwide support, outreach and help shown this week. THANK YOU EVERYONE for stepping up and propelling Worldreader leaps and bounds ahead!

If nothing else, this week has proved that impossible is a just a word in the dictionary, and not one spoken in our community.