Welcome to Zimbabwe at the start of millenium – a country in the throes of catastrophic inflation. In the midst of this Samson worries about being able to provide basic necessities for his family: food, school tuition, clothing. He has a job but his salary isn’t enough: he has taken to sucking on toothpicks to stave off hunger.

This is the world of Zvakwana, the newest short story from Sarah Ladipo Manyika, author of the critically acclaimed novel In Dependence. At the centre of Zvakwana is Samson – instantly likeable, smart, thoughtful and yet, we sense, early on, in danger. As the story is told, and facts about the economic crisis so impacting Samson are interwoven with revelations about his own life a finely tuned treble of anxiety builds in the background: his refusal to acknolwege his own frailty, though infinitely understandable, is far from sustainable.

In honor of the exclusive release of Zvakwana through Worldreader today, we chatted a bit with Sarah about her protagonist and why she chose to donate such a compelling story to Worldreader.

1. You’ve said that one of the reasons you write is out of a hunger for stories that explore locations, ideas and people that no one else seems to be writing about. Was this part of what made you want to tell Samson’s story?

I began to think about this story while visiting Zimbabwe in 2006. This was a low point in Zimbabwe’s recent history when inflation had reached the highest, ever-recorded level anywhere in the world. There were food shortages and violent unrest and the government was printing bank notes denominated in the billions. This was the context in which I began noticing the word “Zvakwana” scribbled across street signs, billboards, and concrete walls. Literally translated, this Shona word means “Enough!” but the full force of the word is closer to the English phrase, “Enough is enough.” At the time, many Zimbabweans seemed guarded and fearful when asked directly about what was happening in their country, but people’s true feelings were there for all to see, written on the walls. People were clearly fed up and those suffering the most were the poor, so I found myself wondering how an ordinary worker such as Samson was able to survive. I also wondered what someone like Samson would think of his country, once considered an African success story, but no longer. I wanted Samson to be a driver because I’ve always been intrigued by drivers who may be privy to the most intimate and private conversations. Often those being driven will forget, or pay no attention to the presence of the driver. 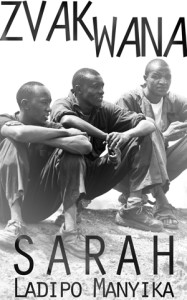 2. Samson isn’t highly educated, and though he notes that an education might have enabled him to have more impact on his country or a better life he also points out that elite educations don’t always lead to better decisions. Can you tell us more about this?

What Samson knows is that having a good education increases one’s professional opportunities, but that a good education doesn’t necessarily make one a good ruler. Zimbabwe was a country that could once boast of having the most educated government on the continent and a President with seven degrees, and yet as Samson says, “what good is an education if these are the mistakes the educated make?” Moreover, in a country where the economy was collapsing even the possession of a good education could no longer guarantee employment. As Samson remarks, many people were leaving Zimbabwe in search of better opportunities abroad.

3. What made you donate this story to Worldreader?

Part of why I wanted to donate this story to Worldreader is because I’ve seen versions of this story all across the world from Bangalore to Abuja to San Francisco, and I therefore wanted to make it available to the widest possible readership. This is a story seen through the eyes of someone less privileged, in a place where there is great disparity between rich and poor. The specifics of Zimbabwe’s hyperinflation and social unrest do not have to identical to the experience of other places to make this a universal story and that’s what made me think it would be perfect for Worldreader. I believe in the power of the written word to expand horizons and open up new worlds for readers, therefore what Worldreader is doing to provide greater access to the written word through mobile applications strikes me as very important. And how could I say “no” to being in the company of such an esteemed group of Worldreader contributors that include some of my personal favourites including Aminatta Forna and Brian Chikwava.

4. What can we look forward to reading next?
I’m currently working on some short stories as well as a second novel. I also have ideas for pieces I’d like to perform so future work may be a combination of the written and the performed.

Listen to the first 500 words of the story straight from the author.

Zvakwana is available on Amazon and Worldreader Mobile (download the app).

About Sarah:
Sarah Ladipo Manyika was raised in Nigeria and has lived in Kenya, France, and England. She holds a Ph.D. from the University of California, Berkeley, and teaches literature at San Francisco State University. Her writing includes essays, academic papers, book reviews and short stories. Sarah’s first novel, In Dependence, is published by Legend Press and Cassava Republic Press. Sarah is a book juror for the Etisalat Prize for Literature and for the California Book Awards. She sits on the boards of Hedgebrook and The Museum of the African Diaspora. 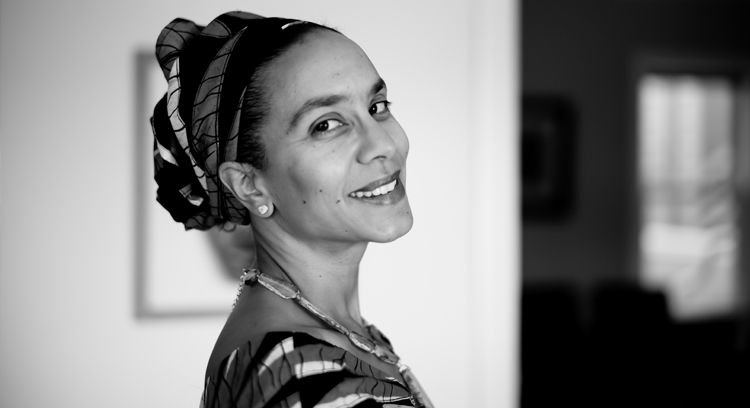