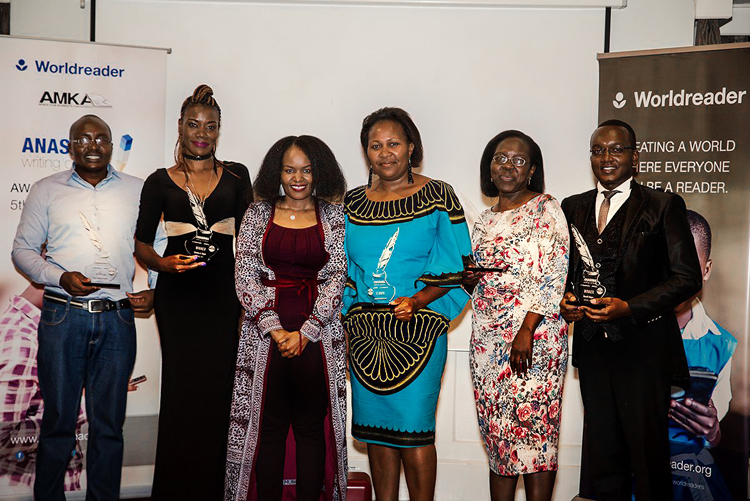 They are a teacher, a psychologist, an editor, a TV camera operator and a journalist, women and men of different ages who come from different parts of Kenya. Now they are all published authors, the majority of them for the first time.

During an awards ceremony held in Nairobi, Monica Olive A. Owoko, Kenneth Kaigua, June Mwikali Kimuyu, Erick Livumbazi Ngoda, Christine A. Odeph were named the winners of the first-ever Anasoma Writing Contest. With a special collection published by WordAlive Publishers on the Worldreader app, their books, under the theme ‘women’s empowerment’, will be available to millions and with them a simple message: women deserve equality.

Last year we launched Anasoma (“she/he reads” in Kiswahili), a pilot project funded by the Bill and Melinda Gates Foundation, that seeks to understand how books can empower women and girls and how we can encourage more women and girls to read using their mobile phones. The project looks to identify what women want to read and how to better reach them so they too can be a part of the digital reading revolution.

As part of the Anasoma project, we partnered with AMKA and WordAlive to launch our first-ever writing contest under the theme ‘Women’s Empowerment’. The aim of this contest was to create new books that could truly reflect the needs and interests of women and girls in Kenya to ultimately chip away at the old gender biased norms and build new ones.

After receiving over 300 pitches for the contest, a jury selected the top 15 pitches. The shortlisted candidates participated in a writing workshop where they were trained on writing skills, gender concepts and the publishing system. After producing manuscripts that were also reviewed by the jury, the 15 shortlisted candidates were finally narrowed down to five winners. The winning authors were further trained during a writing retreat and supported by WordAlive Publishers in developing their manuscripts into books. 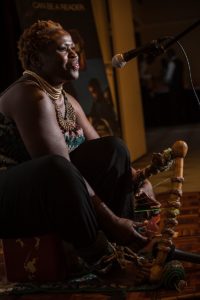 On Tuesday, Worldreader and AMKA hosted the Anasoma Writing Contest Award Ceremony in Nairobi, Kenya, to celebrate these five winning authors and the launch of their books as part of the Anasoma Collection. The event was attended by high profile guests including celebrities, innovators and people coming from diverse sectors. It was hosted by Anasoma Writing Contest Patron, Lady Laimani Bidali, who is the founder of Alabastron Network Trust and a strong advocate of women’s rights. Musician Atieno Sanna embodied the theme of the night with her performance on thenyatiti—a musical instrument traditionally played by men.

The winning books are:

Each writer shared how they were inspired in their own unique way to write a story that represented women’s empowerment to them. When Monica was asked what inspired her to participate she said “the theme [women’s empowerment] gave me the idea of writing about women in the Bible. I realized that most gender bias is socially constructed and is different from what God intended. Hence the idea of God’s women was born.”

The five books are now part of the first Worldreader Anasoma Collection. The hope is this collection will be inspiring and engaging for women, girls, men and boys, so that all members of Kenyan society are encouraged to reflect on the role of women and men in society in a way that can lead to a shift in the perception of gender norms and stereotypes. Learn more about Anasoma here.

Worldreader Kids partners with Jordanian schools to get families reading