We’re excited to announce a new partnership with Nyaka Aids Orphans Project (NAOP), a Segal Family Foundation partner that works to alleviate poverty, hunger, and lack of access to healthcare and education for nearly 600 orphans living with HIV/AIDS in Uganda.

Between July 18-22, two schools in the rural communities of Nyaka and Kutamba each received 25 e-readers that contained 200 e-books for both lower and upper primary students. That’s a total of 10,000 e-books! The training and launches of the Programs were each attended by around 250 students, teachers and staff, community members, and honorable guests including members of the District Education Office, Segal Family Foundation, and more. 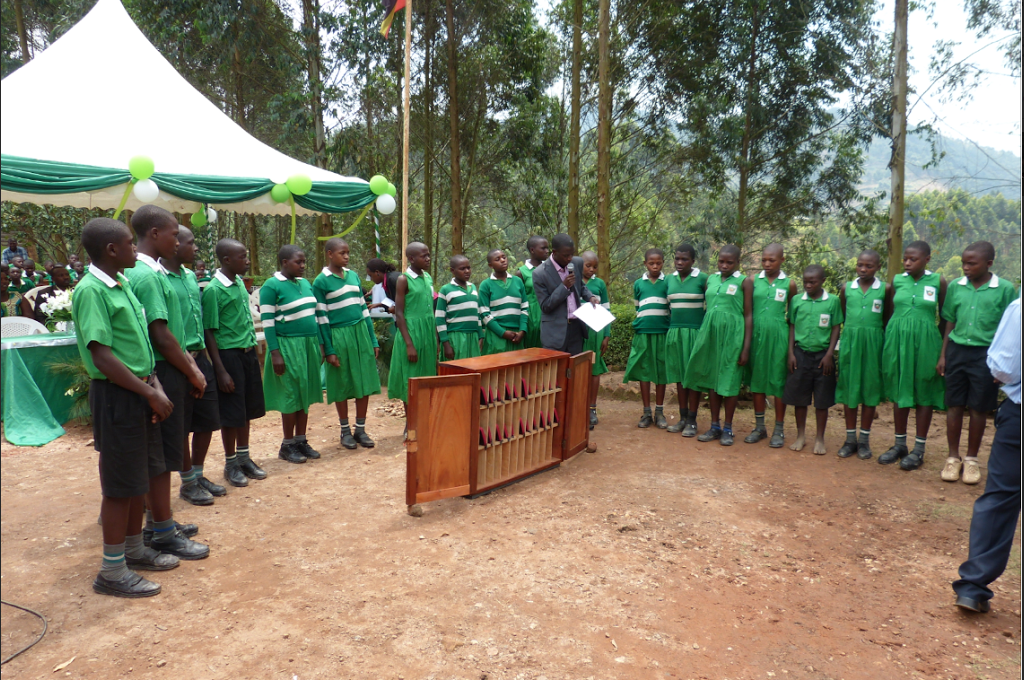 Kutamba School – P6 proudly present the “charging station” with its 25 readers to the assembled guests at the launch.

Cath Inanir, who leads the partnership on behalf of NAOP, gives a firsthand account of the trainings and launch – “a sight to behold!” – below:

How did the communities receive the new programs?
The communities were particularly proud that they were the first to receive e-readers in Western Uganda and just the 5th and 6th in the country as a whole! Although most people have access to a mobile phone and some to laptops, most have not experienced using touch-screen devices, so this introduction to new technology was whole-heartedly welcomed.

As most students have never been exposed to such technology, how did they react to the e-readers?
The students learned quickly, absorbing everything like sponges. After a couple of hours of training, they were already searching for titles in alphabetical order, tapping and opening books galore like some wondrous treasure chest. Just a day later, the students were able to demonstrate their new-found skills to the assembled guests and dignitaries at the community launch. 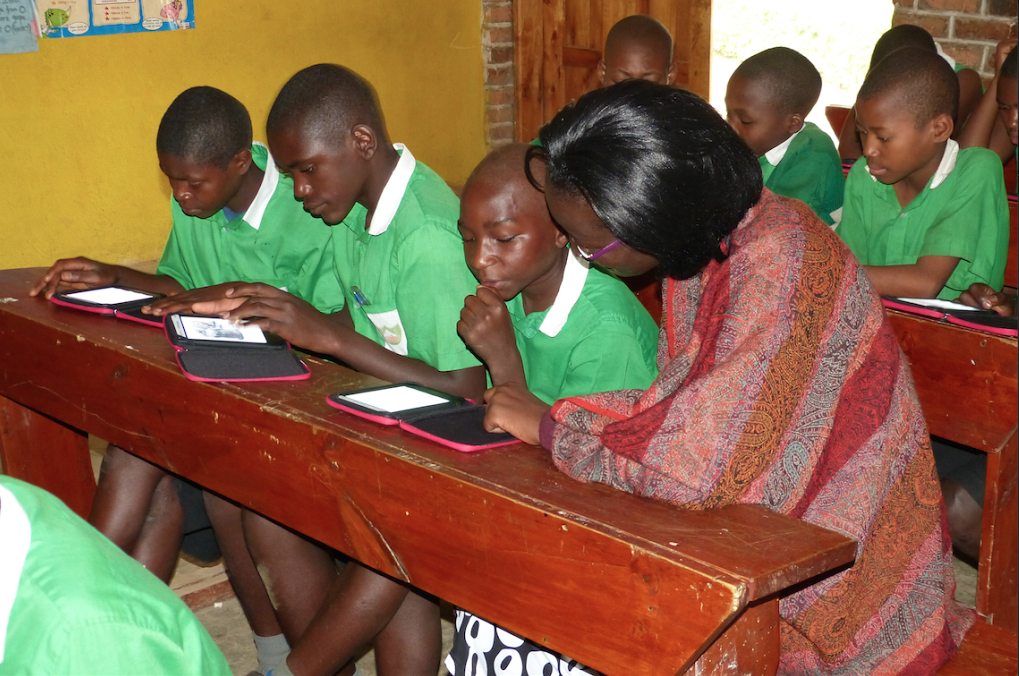 After just 2 hours training the Kutamba students are confidently carrying out tasks set by the trainer assisted by Jennifer.

What did the students like best about their new e-readers?
The students’ favorite function was the built-in light which, when used in unison, totally illuminated the dark classroom they were training in — along with their smiles. This function will allow our students to take their studies home and read at night.

What were the teachers’ reactions?
We found that staff already comfortable with computers made the quickest progress, but nobody was left behind. The “swiping”, “tapping” and “long-pressing” actions were a much mirth-filled novelty. Alice, one of the older members of staff at Nyaka School, who needs glasses to read, was absolutely wowed by the function that enabled her to enlarge the font, whilst Joseph from Kutamba was rendered speechless by the built-in “dictionary!”

What do you envision for the future of the program?
Of course the two projects are in their infancy, but we are extremely hopeful that with continued encouragement, occasional guidance and monitoring, the e-readers will be incorporated into the classroom context on a regular basis and vastly increase our students’ exposure to a wealth of new books and a window onto the wider world. Indeed, when the Nyaka students were invited to give the e-reader a name, one bright spark without hesitation named it a “brain-booster”…..let’s hope he is proved right!

To make the launches even more special, the generous CEO and founder of NAOP, Twesigye Jackson Kaguri, announced that he would donate his recently published storybook, “Sitwe Joseph Goes to School,” to Worldreader. His inspiring children’s story will soon be available on Worldreader Mobile and in our library soon! We thank you! 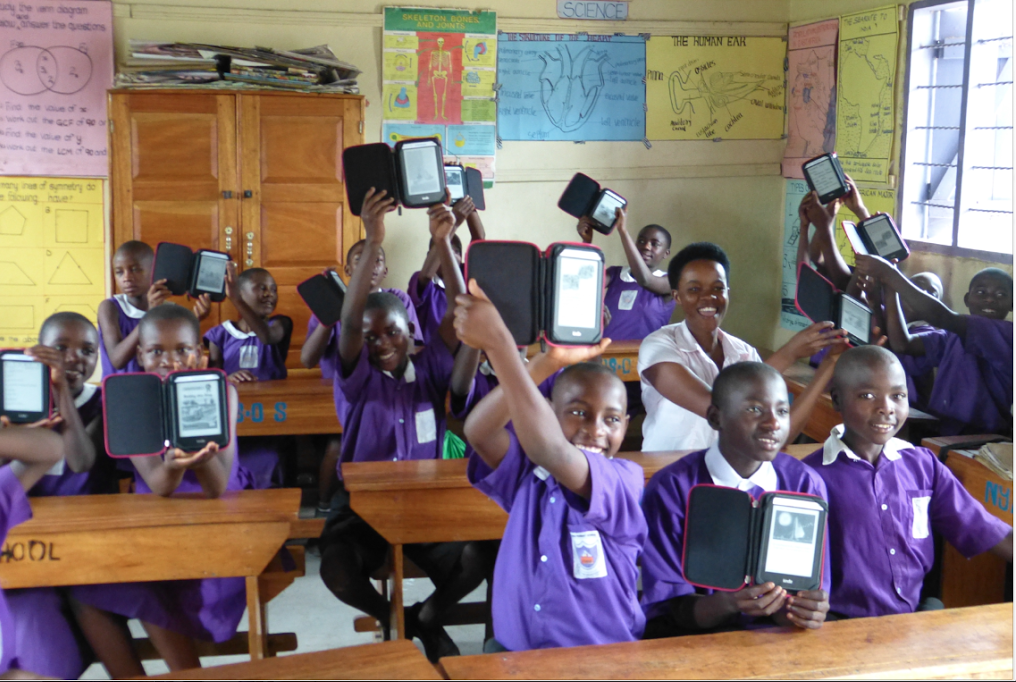 “Check”, Nyaka students enthusiasm for their new gadgets is etched on their faces.

Interested in partnering with Worldreader? Learn more about how you can bring a Worldreader program to your classroom.